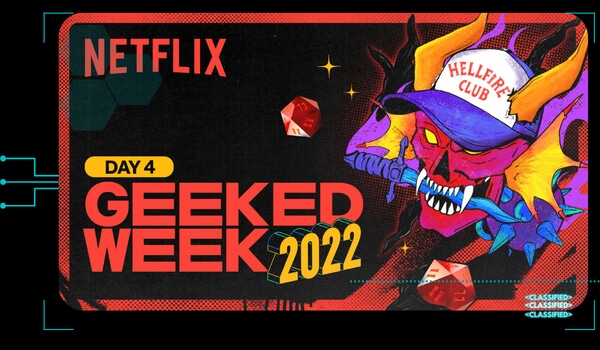 [FULL SPOILERS AHEAD!] Find out all those answers and more with Stranger Things Unlocked here.

Geeked Week runs all this week on YouTube, Twitter, Twitch, Facebook and TikTok. Check out the recaps from Day 1, Day 2 and Day 3, and tune in tomorrow for the epic Gaming Day conclusion featuring series like The Cuphead Show! and Sonic Prime, and loads of new mobile games coming soon to Netflix. Visit GeekedWeek.com for all the details.