🕷️Hailee Steinfeld, super cool as Spider-Gwen in 'Spider-Man: Into the Spider-Verse' 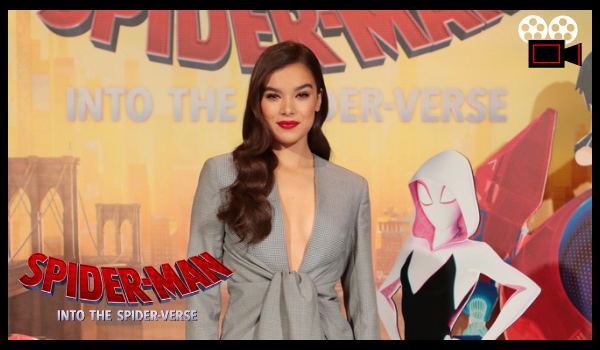 In Spider-Man: Into the Spider-Verse, there are multiple spider-verses, each with its own version of the web-slinging hero — one of which is a super cool Spider-Woman called Spider-Gwen. To voice the pivotal role, the filmmakers relied on the talents of Oscar-nominated actress and singer Hailee Steinfeld (True Grit, Pitch Perfect 2, Bumblebee).

An intelligent and quick-witted teenager, Spider-Gwen is the Spider-Woman of her world, an excellent fighter who can swing and flip with the grace of a trained dancer. Although tough and brave when she’s fighting the bad guys, Gwen has suffered a loss in her universe that’s made her afraid to get close to people, even to an open-hearted kid like Miles Morales (Shameik Moore). Once she learns there are others like her, she has the opportunity to let down her guard and become part of a team who have overcome their own tragedies to become the protectors of their worlds.

“I enjoyed playing Spider-Gwen because she’s really just the toughest, coolest, smartest and the most capable one in the room, and she knows it,” says Steinfeld.

“Working with the directors [Bob Persichetti, Peter Ramsey, and Rodney Rothman] has been an amazing experience, since this was the first time I was doing such an extensive amount of voiceover work. I love the collaborative nature of animation, where the visuals are being created in real time during the voiceover. It was also fun to play with Spider-Gwen’s secret identity and work on her voice when the natural leader just kicks in and she becomes a superhero.”