🕷️ Review | 'Spider-Man: Into the SpiderVerse' is top-notch animated dramedy 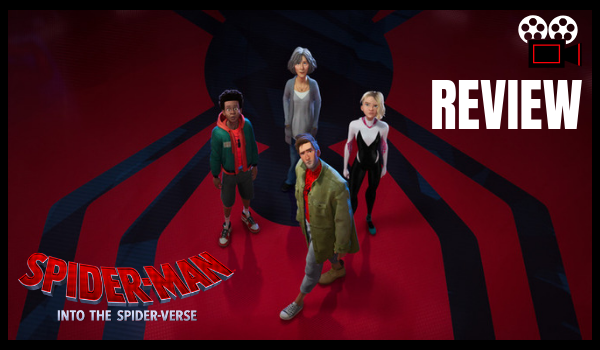 Spider-Man: Into the SpiderVerse is a great tribute to the character the great Stan Lee co-created with artist Steve Ditko, showing how its universal message of turning tragedies into triumphs has evolved in various forms, narratives and art styles.

Realizing that they have told the tragic backstory of Peter Parker quite a few number of times, Columbia Pictures focused on introducing Miles Morales, the biracial Spider-Man created by Brian Michael Bendis (Jessica Jones) and Sara Pichelli (Ultimate Spider-Man), who, like his movie counterpart, dons the mask after the original heroically gives up his life in his home universe.

But unlike Peter who had to grow up immediately after indirectly causing the murder of his uncle, Miles has generic teen problems - a distant relationship with his dad, which is offset by his closeness with his uncle. Those familiar with the comics will not be surprised with the soap opera twist that will unfold in Miles' character arc. Still, it is not hard to care about Miles, who feels like a real person.

While various incarnations of Spider-Man tend to show him as a solo hero, Miles here has found a support group of sorts, consisting of five other alternate versions of him. The movie offers a fresh perspective in Spider-Man mythos, telling that not everyone is special enough to solely own tragedies in life. It is the human experience to fall, to learn from mistakes, to pull themselves together, and even ask for help.

What also ties the movie together, amid aesthetically diverse characters (black-and-white pulp, animé and American comics), is the comedy. It is not afraid to get serious but the movie is generally a humorous movie. Spidey anyway predates Deadpool when it comes to cracking jokes, while keeping the banter family-friendly.


The animation is also top-notch. It pays homage to the aesthetics of a comic book, where Miles thinks in yellow caption boxes; and to pulp fiction, manga, and  anthropomorphic cartoons as well with Spider-Man Noir, Peni Parker, and Spider-Ham.


I love how the movie also makes a statement that Kingpin is likewise a Spider-Man villain. Unlike his Netflix iteration, Kingpin here has a Juggernaut build and can crash bodies with his fists. Still, Wilson Fisk is presented as a sympathetic villain.


This is no spoiler - seeing Stan Lee's cameo is bittersweet and impactful. The Man's meeting with Miles was integral to the plot -- the moment actually sticks with you. It is sad though that both of Spider-Man's creators passed away on the same year a great Spider-Man movie will be released.

All in all, Spider-Man: Into the SpiderVerse is a must-see for any Spidey fan, whichever version you grew up with or are discovering.

Spider-Man: Into the SpiderVerse opens on Dec. 12 in the Philippines. An early screening was provided to me to review the movie.

What else you need to know:
Stay for end credits