Naomi Ackie stuns in 'Whitney Houston: I Wanna Dance with Somebody' 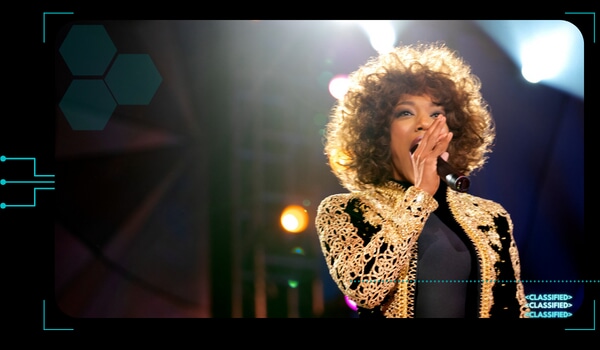 “I don’t even know how to describe it – Whitney has just always been there, always so present in my life,” Naomi Ackie says. “Every wedding, every funeral, every christening, birthday, karaoke, when I’m on my own, when I’m with friends. I can’t even remember the first time I listened to her music – that’s not even part of the conversation. She’s just always present.”

Because of that, when Ackie got the call inviting her to audition, she says, she was overwhelmed by the idea of playing the icon – until everything fell into place. “I was immediately intimidated by even attempting to try it. It was just terrifying. Every time I had another round of auditions and it got closer, it still felt strange,” she says. “And then, for the final audition – it was Halloween, I was in full costume as Whitney, with the suit and the hair, singing ‘I Will Always Love You,’ and something just clicked. I suddenly understood – I could tell this story.”

The thing that clicked for Ackie is a stripping away of the legend and a focus on who Houston was as a performer. “She just wanted to sing,” says Ackie. “I understand that, because I have the same thing – with acting. It doesn’t get much more complicated than that. I also saw that she could be a goofball and be very silly, like me, and combine that with a real respect for her craft and a technical ability, which is always my goal, too.”

Whitney Houston: I Wanna Dance With Somebody is distributed in the Philippines by Columbia Pictures, local office of Sony Pictures Releasing International.  Connect with the hashtag #IWannaDanceMovie