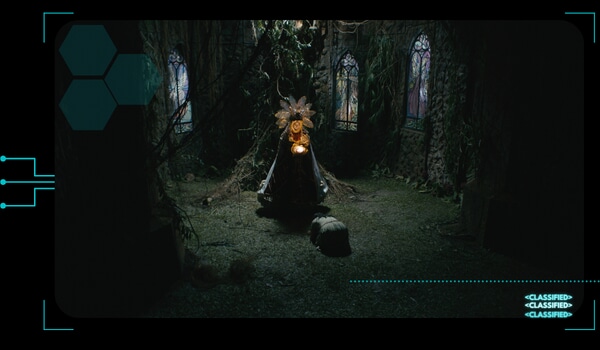 Culver City, California—Jan. 19, 2023— Global video streaming service Prime Video announced today that it has acquired worldwide rights to In My Mother’s Skin, written and directed by Kenneth Dagatan (Ma). In My Mother’s Skin, a horror fairy tale which will make its world premiere in the 2023 Sundance Film Festival’s Midnight Section, tells the story of how a young girl's duty to protect her dying mother is complicated by her misplaced trust in a beguiling, flesh-eating fairy. The film stars Beauty Gonzalez, Felicity Kyle Napuli, Jasmine Curtis-Smith, James Mavie Estrella, and Angeli Bayani. In My Mother’s Skin is the only non-English language film in Sundance’s Midnight Section this year, and will launch on Prime Video in multiple countries by the end of 2023.

Set in the Philippines at the end of World War II, In My Mother’s Skin follows the story of Tala, a 14-year-old daughter of a textile merchant who lives in a war-worn colonial house with her sickly mother Ligaya and younger brother Bayani. When Tala’s father mysteriously leaves once more to barter for his family's freedom with the Japanese, his family finds themselves alone in their isolated forest mansion, awaiting his return. With Ligaya’s condition rapidly deteriorating, Tala seeks out a mysterious fairy who has promised to protect her. Happy to oblige, the fairy gives Tala a magical insect to cure her dying mother. This initially provides Ligaya with relief, but later leads to disastrous consequences that force Tala to make a distressing decision.

“We’re proud to support Kenneth and to be the home for the best Filipino storytellers across all genres. It is exciting to see this beguiling movie generate international recognition in the Sundance Film Festival’s Midnight Section,” said Amazon Studio APAC’s Head of Originals, Erika North.  “In My Mother’s Skin is a uniquely Filipino story and a highly elevated horror film, we are delighted to bring this movie to not just audiences in the Philippines but to Prime Video members worldwide.”

Director Kenneth Dagatan, who will be present at the film’s world premiere at Sundance, adds, “I’m excited that In My Mother's Skin has been recognized at such an important festival like Sundance, and will now also have the chance to be watched by a global audience on Prime Video. This is truly a moment for Filipino filmmakers to be seen by the international audience, and I hope this opens doors for more Filipino content to be watched by the rest of the world." Written and directed by Kenneth Dagatan, In My Mother’s Skin is produced by Bradley Liew, Bianca Balbuena, Huang Junxiang, and Stefano Centini.