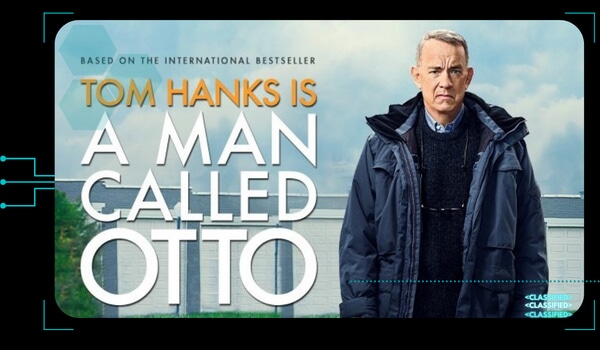 Based on the # 1 New York Times bestseller, A Man Called Otto tells the story of Otto Anderson (Hanks), a grump who no longer sees purpose in his life following the loss of his wife. Otto is ready to end it all, but his plans are interrupted when a lively young family moves in next door, and he meets his match in quick-witted Marisol – she challenges him to see life differently, leading to an unlikely friendship that turns his world around. A heartwarming and funny story about love, loss, and life, A Man Called Otto shows that family can sometimes be found in the most unexpected places.

Hailed as one of the best “feel-good” movies of the year, earning a 97% Audience Rating at review aggregate website Rotten Tomatoes, A Man Called Otto has wowed US critics with its endearing story and strong performances.

The Los Angeles Times admires that “the film has an easygoing, please-like-me quality that somehow never comes off as desperate but instead gives it a reassuring quality,” while The Chicago Sun Times writes, “It’s another memorable performance from Tom Hanks backed by a crackling good supporting cast.”

“Director Marc Forster applies a restrained, subtle approach,” applauds The Hollywood Reporter, “resulting in a film to which you ultimately find yourself succumbing even though you never stop being aware that your heartstrings are being pulled.”

For its part, Observer (UK) declares that “All but the most dogged of skeptics will be charmed by the film’s message and the redemptive power of small acts of kindness.”

Finally, the Associated Press admires that “Tom Hanks movingly tailors the role to himself. The film does the trick for a little post-holidays heart-warming.”