It’s a double celebration this November as Cinema ’76 Film Society finally reopens their new branch in Tomas Morato with a lineup of movies from the 10th QCinema International Film Festival.

The popular microcinema will have its soft launch opening from Nov. 23-25, screening some of the fest's most sought-after titles under the Asian Next Wave Competition, QC Shorts, Asian Shorts, and Rainbow Section.

Among the Asian Next Wave films to be screened in Cinema ’76 include Autobiography by first-time Indonesian director Makbul Mubarak. The film uses a fictitious election campaign as the backdrop for his moody thriller with metaphorical context.

From its Locarno world premiere, short filmmaker, Sorayos Prapapan, makes his feature debut with Arnold is a Model Student, which dwells on its titular math student character amidst the background of student protests and authoritarianism in Thai schools.

Be among the first to catch the Cannes award-winning film Plan 75 by Chie Hayakawa ahead of its Philippine theatrical release this coming December. The Japanese dystopian drama focuses on how the government lures the elderly to sign up for a mysterious life-and-death scheme. One of the lead cast members, Filipina actress Stefanie Arianne, will be at the screening for a Q&A with the audience.

Other films programmed are the French LGBT drama Stranger By The Lake and QCinema 2018 film Billie and Emma.

Tickets are priced at Php 240. This is a special discounted price for the QCinema International Film Festival movies that would be screened between Nov. 23-25 only. 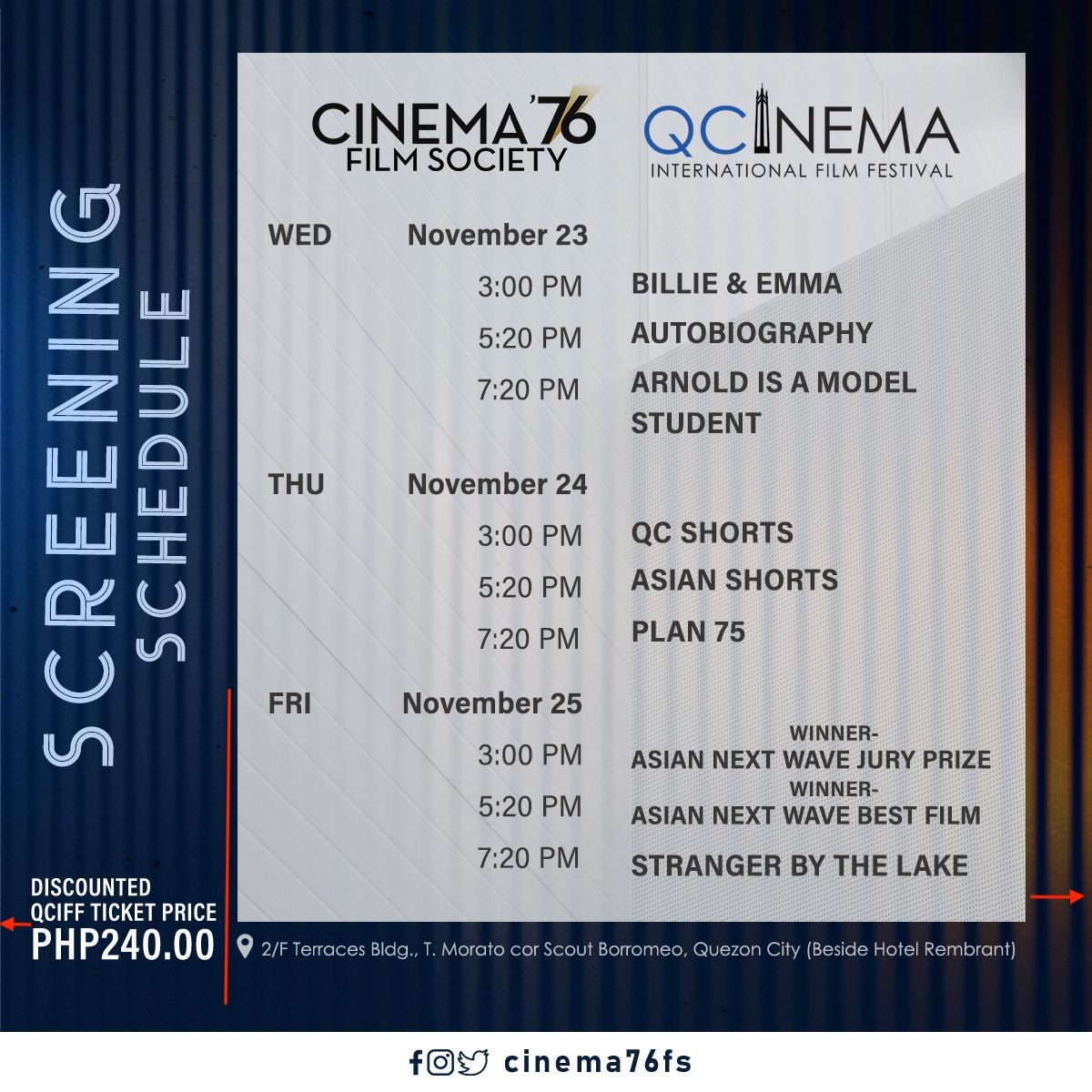