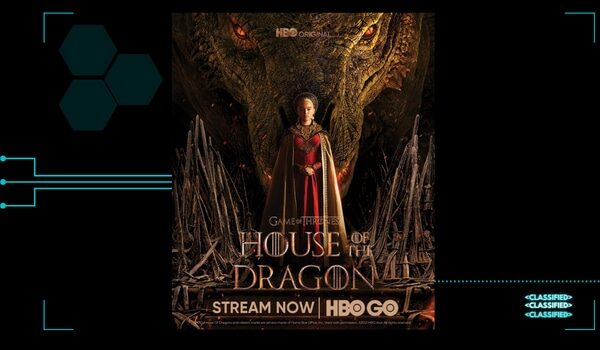 Millions of viewers all over the world tuned in to the highly anticipated HBO Original series House of the Dragon’s debut on August 22. In the Philippines, the country’s fastest home broadband connection of PLDT Home provides the most seamless viewing for HBO GO subscribers so they can look forward to enjoying 1 hour of captivating TV every week this season. House of the Dragon is one of HBO GO’s hottest premieres in 2022, adding to PLDT Home’s exciting set of content offerings streamed with no interruption.

Based on George R.R. Martin’s “Fire & Blood,” the series, set 200 years before the events of Game of Thrones, tells the story of House Targaryen.

PLDT Home offers access to HBO GO for as low as ₱199 for 1 month and ₱399 for 3 months. Perfecting the ultimate home entertainment experience, the country’s leading internet service provider PLDT also gives subscribers the convenience of paying for their HBO GO access even without a credit card. Subscribers can just charge their bill to their PLDT Home account – it’s that easy and fast!

Stream House of the Dragon and revisit all eight seasons of Game of Thrones, and the rest of Hollywood’s most award-winning series and blockbusters anytime by subscribing to HBO GO online at www.hbogoasia.ph or by downloading the mobile app via the App Store or Play Store. To charge your HBO GO access to your PLDT Home bill, just visit www.pldthome.com/hbogo and log in using your myHome account.