Raimund Marasigan praises “FANNY: The Right to Rock” for telling the untold story of the Filipina-led rock band in the 70s.

Music documentary FANNY: The Right to Rock has earned rave reviews from Filipino music icons Raimund Marasigan of the Eraserheads, and Boboy Garovillo and Jim Paredes of the APO Hiking Society, as well as contemporary rock musicians Jazz Nicolas of Itchyworms and Caren Tevanny of General Luna.

“It’s very powerful and inspiring. I hope to hear more of them and meet all of them,” Marasigan said during the exclusive advance screening of the documentary. “FANNY is very funny,” he added. Garovillo, whose musical group APO Hiking Society was active the same time as FANNY, found a connection with the long-forgotten ladies of rock-and-roll. “I urge you all to watch it. Kahit paano makaka-relate kayo sa buhay ninyo, kung paano ang (kanilang) paghihirap and how to accept things in life. Ang ganda po,” he said.

Paredes, meanwhile, was awed at how FANNY still rocks in their 60s. “They were the inspiration (of other female rock bands) and now they’re being recognized and that’s really a wonderful thing,” he said. “You know at their age now, they’re still doing it and that’s love!”

Singer Caren Tevanny, who was also a guitarist for all-female band General Luna, likewise praised the documentary. “No matter how old you are, you can still do your thing. You have to try and try, and you just do it for your happiness,” Tevanny said when asked about what she learned from FANNY.

“I wish I lived in that era so I could have jammed with them. It was really a very inspiring movie,” she added.

Now in their 60s, FANNY is getting the band together for a new record. They trace their road to rock-and-roll stardom from being a self-formed Filipina American garage band of California teens to a ferocious rock band in the 60s and 70s. The members also recall how they battled sexism, homophobia, and racism during their heydays. But with one of them suffering a stroke and another one distancing from the group, will FANNY still be able to perform on stage for their launch?

FANNY: The Right to Rock currently has a 100% score on Rotten Tomatoes. Variety’s Dennis Harvey writes that the film “remains thoroughly engaging thanks to the demonstrable talent and brassy forthrightness of its central personalities.” Another top critic, Randy Myers of San Jose Mercury News, praises the film for being “An illuminating documentary on the sexism, racism, ageism and homophobia that confronted members of Fanny, which many consider the first all-female rock band.”
FANNY: The Right to Rock had its World Premiere in the Hot Docs International Documentary Film Festival last April 29, 2021, where it won the Audience Award and drew enthusiastic reviews, generating an early buzz for the film. 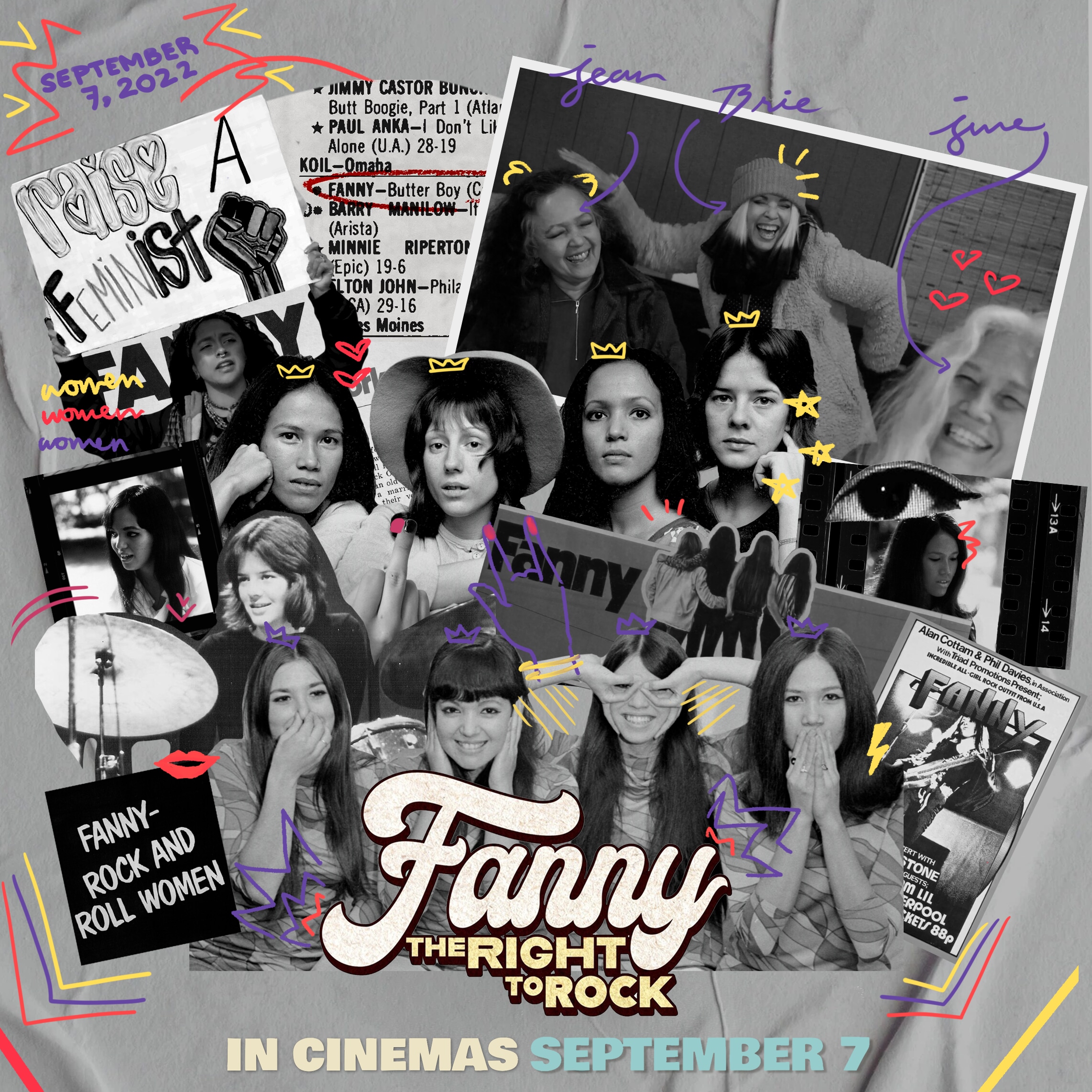 Showing in select cinemas in the Philippines on Sept. 7, FANNY: The Right to Rock, is distributed by TBA Studios.
For more updates on this film, follow TBA Studios on Facebook, Instagram, and Twitter.
Labels: documentary music TBA Studios