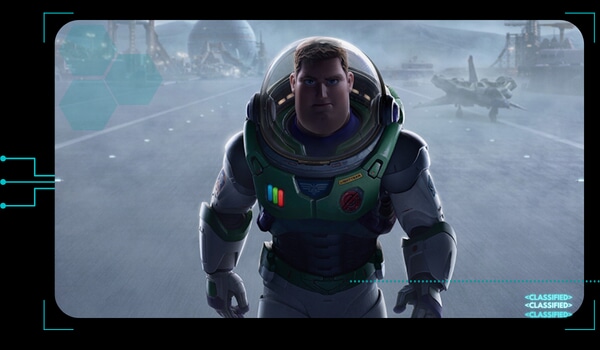 Space and time travel are the best story devices to highlight every terran’s obsession with regret. In the same vein - or should I say, orbit - of Christopher Nolan’s Interstellar, Pixar and Disney’s Lightyear revolves around this central theme. It sees the titular hero Buzz Lightyear (Chris Evans), a space captain with messiah complex, guilt-tripping himself for stranding a spaceship full of humans on a hostile planet.

Having said that, the physics of the story was a bit confusing to me. I get that traveling without the hyperspeed in his test runs could take four years of his life but it went longer when he finally had the right formula to fuel his trip. There must be an explanation for this and I might have missed it, which is also quite telling how explicit or implicit the storytelling is. A rewatch perhaps is necessary.

The second act reminds me of the tear-jerking sequence in Up, another critically acclaimed Pixar feature. Include in your movie-watching protocols to bring some tissues.

Then there’s the antagonist which became a satisfying twist for a science nerd like me. I understand that most who grew up watching the Toy Story films are already adult enough to understand time paradoxes. But I would not say the same thing for the kids in the audience. Anyway, most sci-fi stories that leave a mark are those that don’t dumb down the viewers, especially the children.

This includes the kiss shared by a lesbian couple in the movie. In an animated universe where big flies and creepy vines exist, queer people have every right to be among a race of humans in outer space. Pixar and Disney get brownie points for representation.

Visually, the animation, character design, and background art are astounding, especially in IMAX 3D. The voice cast delivered good performances although it’s hard not to unsee Taika Waititi even in animated form.

With the right balance of progressive themes and silliness, Lightyear is a great origin story of the fictional toy we grew up loving, and deserves to be seen on the big screen.

Special thanks to Disney Philippines and SM Cinema for the invitation to the IMAX 3D Special Screening. Lightyear lands in Philippine cinemas on June 15, Wednesday.

Stay for one mid- and one post-credits scene.