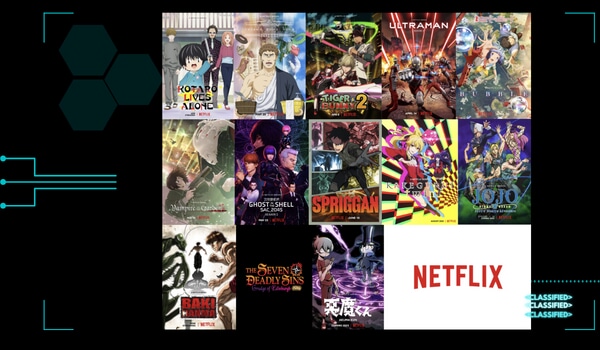 Making a splash at AnimeJapan 2022, Netflix showcased highlights from 40 new exclusive anime titles this year, with a diversified slate across genres that will delight both current fans and new viewers.

The broadened lineup includes lean-back titles such as Thermae Romae Novae — which  is the first project from Netflix’s direct partnership with anime creators — Kotaro Lives Alone and Rilakkuma’s Theme Park Adventure. It also features family-friendly anime films like the gravity-defying action blockbuster Bubble that just premiered at the 72nd Berlin Film Festival, and those produced with top-tier studios like Studio Colorido's Drifting Home.

“Anime is one of the cornerstones of our investment in Japan, watched by nearly 90 percent of our members here last year. At the same time, interest in anime has grown worldwide, and more than half of our members globally tuned into it last year,” says Kohei Obara, Director, Anime Creative, Netflix.

“From diversifying our slate to bringing back fan favorites, we want to continue growing our members’ discovery and love for anime, both in Japan and around the world with this next chapter of anime on Netflix.”

During the AnimeJapan stage event, Netflix revealed sneak peeks into upcoming titles— including new character art and main cast for The Seven Deadly Sins: Grudge of Edinburgh, with part 1 premiering in 2022, as well as key art and main trailer of GHOST IN THE SHELL: SAC_2045 Season 2.