Not many casuals know that before receiving his own title in 1940, Batman made his first appearance in Detective Comics #27 a year prior. Matt Reeves’ The Batman brings back the character to his sleuthing roots while adapting with care, storylines set during the early years of the Caped Crusader - his parental lineage in “Batman: Earth One”, and a mash-up of Selina Kyle’s origins from “Batman: Year One” and “Batman: The Long Halloween”. While subplots would ring a bell to well-versed comic book readers, Reeves still crafted a gripping story that stands on its own.

Given all these homages to comic book stories, you might want to stay away from Dark Knight fans who might mumble with every reference played in the theater. The Batman does not come with subtitles on the big screen so listen keenly to every cryptic clue and name-drop, particularly of crime lords and thugs who are not as flamboyant as The Penguin. Although even the villains with the most colorful names adapt the film’s toned-down, red and black palette. Gone are the question-peppered suit and green hat of The Riddler, who traded them for a disturbing costume inspired by the real-life Zodiac Killer.

The look, the feel, and the cinematography all align with this grounded telling of Batman’s sophomore year - a nascent brawler still far away from the world of superheroics. With the Riddler (Paul Dano) as his nemesis, he has to make the best use of his deductive mind to beat him in his own game. The mystery-solving also turns out to be an emotional journey for the reclusive billionaire Bruce Wayne (Robert Pattinson), who after being traumatized by the murder of his parents, believes his brand of vengeance is solely the right one. Every night, he embeds himself in the darkness like an addiction. You could see that Pattinson has the range and intensity for both Batman and Wayne personas.

The film gradually shows the parallels between The Batman - who chose vigilantism to deal with his trauma, and The Riddler - who found refuge in puzzles, patterns, and riddles while uncovering the nasty truth about Gotham. Dano knows the assignment and delivers - The Riddler is seemingly still a boy crying for help who leaves clues to the only person who could “understand” him, in every sense of the word. And like any modern-day keyboard warrior, he takes advantage of the power of being incognito.

Zoë Kravitz’s Selina Kyle might be the most comic-accurate portrayal of Catwoman on-screen. Kyle is a street survivor willing to go to the route of the killer if she needs to be, quite less caricaturish than Michelle Pfeiffer’s iteration and more sympathetic than Anne Hathaway’s version. Kravitz also carries a subtle charm to the role.

The Batman also showcases an ensemble of stellar actors that include Andy Serkis, who plays Bruce’s butler Alfred Pennyworth; Jeffrey Wright as James Gordon; and Collin Farrel as the Penguin. As the trailers have shown, the movie also brings back The Penguin’s antagonism with the Batmobile as seen in Batman Returns and the 1966 Batman TV series. I only learned later that the shot where the Batmobile is flying through the blaze is not CG - another must-see sequence in the movie.

All in all, it is a solid Batman film meant to appeal to fans of grounded, grim crime stories who see Batman more as a crimefighter than a superhero. The film’s setting of the mayoral elections can also resonate with the Filipino audience as the movie tackles corruption and greed at the expense of its people. At its core, it explores themes of gray areas between good and evil, and questions whoever really has the right to enact vengeance.

*No post-credits scene but there’s an easter egg in the end.

The Batman will be shown in the Philippines on March 2. 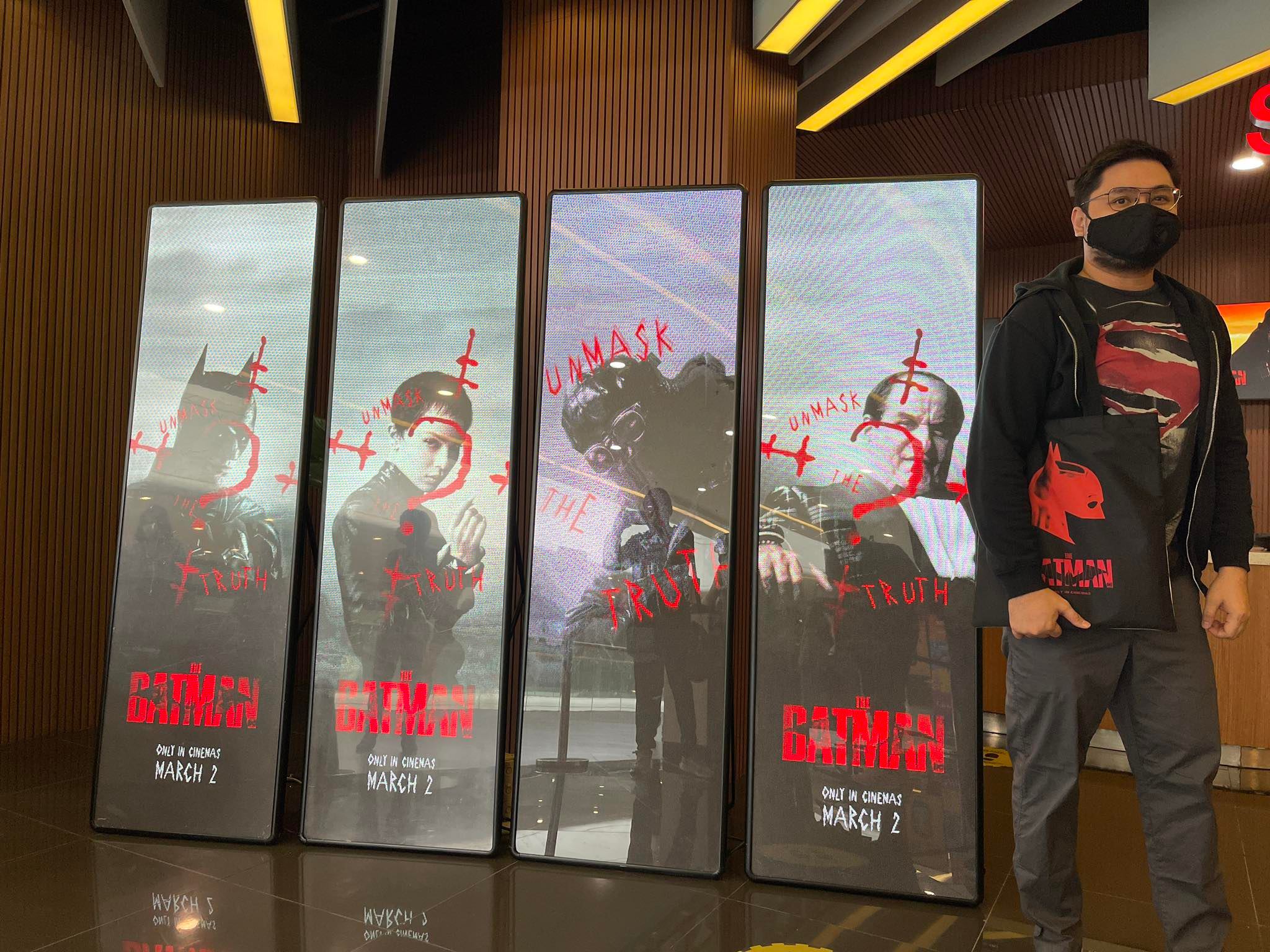