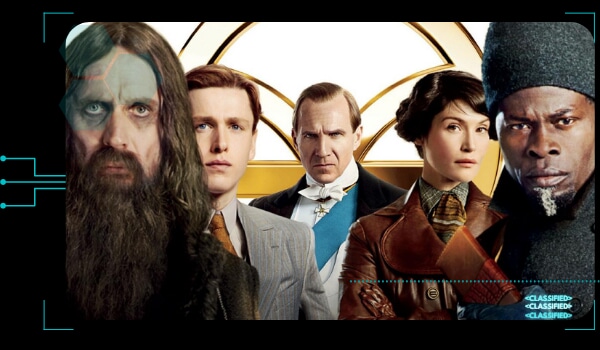 A cabal of influential masterminds plucked from world history brings forth the origin of Kingsman, a fictional spy organization that handles global threats using a tailor's shop as a secret hideout. The prequel, The King's Man, is set during the first World War which finds a father and a son divided on which method to achieve peace among warring countries.

The movie suffers from an unbalanced amalgam of genres - a war piece, a period film, and a spy film - that might estrange people who have long been fans of the Kingsman franchise. The two previous films based on Mark Millar's comic books The Secret Service have been largely praised for its absurd fights and ridiculous villains so adding a bit of realism might not be the offbeat narrative viewers would be expecting.

It still does have that eerie villain in Rhys Ifans's Gregori Rasputin. But after his weird Russian ballet combat sequence, The King's Man moves to being a war movie again. Its shocking twist, however, was overpowered by its length. It does not seem to achieve the balance in tone and pacing. Case in point is Ralph Fiennes' Orlando's shift in strength and combat skills which also become uncharacteristically unbelievable in the third act.

Whereas grief is a valid motivation, it should not be rushed just because the film's running time is about to end.

The King's Man is showing on Jan. 19 in the Philippines.