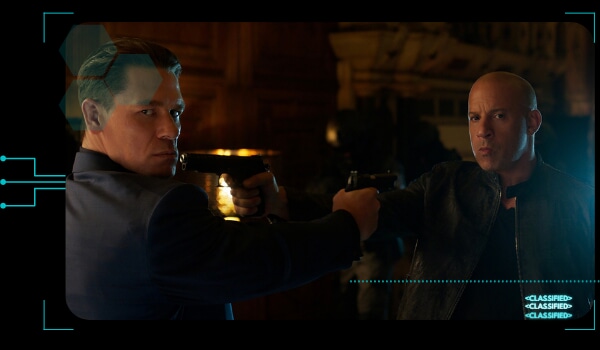 Larger-than-life viewing experience is about to burst anew on the big screen this 2022 with Universal Pictures International’s first quarter slate, bustling with stories on passion and fashion, speed and greed, chic and music, extravagance and romance. 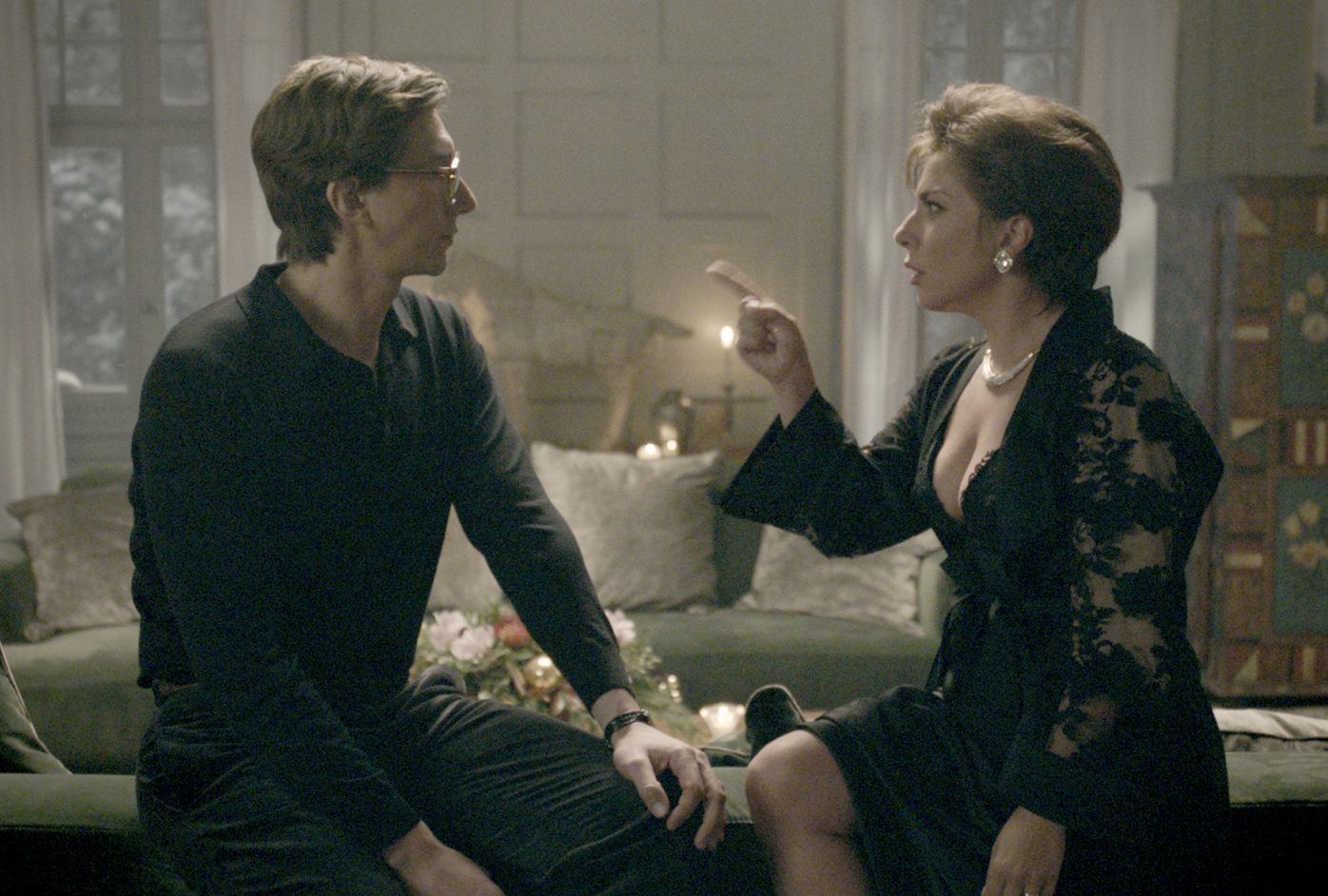 Directed by Ridley Scott, House of Gucci pools a powerhouse cast led by Lady Gaga, Adam Driver, Jared Leto, Al Pacino, Jeremy Irons, Salma Hayek and Jack Huston. The movie is inspired by the shocking true story f the family empire behind the Italian fashion House of Gucci that spanned three decades of love, betrayal, decadence, revenge and ultimately murder.  The movie delves into what a name means, what it’s worth and how far a family will go for control. House of Gucci opens this Jan. 19 in cinemas.

A special limited release engagement for car and speed enthusiasts, F9 comes to select cinemas nationwide on Jan. 26.  F9 is the ninth chapter in the Fast & Furious Saga, which has endured for two decades and has earned more than $5 billion around the world.  This time, that threat will force Dom to confront the sins of his past if he’s going to save those he loves most. His crew joins together to stop a world-shattering plot led by the most skilled assassin and high-performance driver they’ve ever encountered: a man who also happens to be Dom’s forsaken brother, Jakob (John Cena, The Suicide Squad).  The action hurtles around the globe—from London to Tokyo, from Central America to Edinburgh, and from a secret bunker in Azerbaijan to the teeming streets of Tblisi.

A spectacular event awaits when Sing 2 hits cinemas on Feb. 2, Illumination’s smash animated franchise arrives with big dreams and spectacular hit songs as the ever-optimistic koala, Buster Moon, and his all-star cast of performers prepare to launch their most dazzling stage extravaganza yet …all in the glittering entertainment capital of the world. There’s just one hitch: They first have to persuade the world’s most reclusive rock star—played by global music icon Bono, in his animated film debut—to join them. Buster (Oscar® winner Matthew McConaughey) has turned the New Moon Theater into a local hit, but Buster has his eyes on a bigger prize: Debuting a new show at the Crystal Tower Theater in glamorous Redshore City. 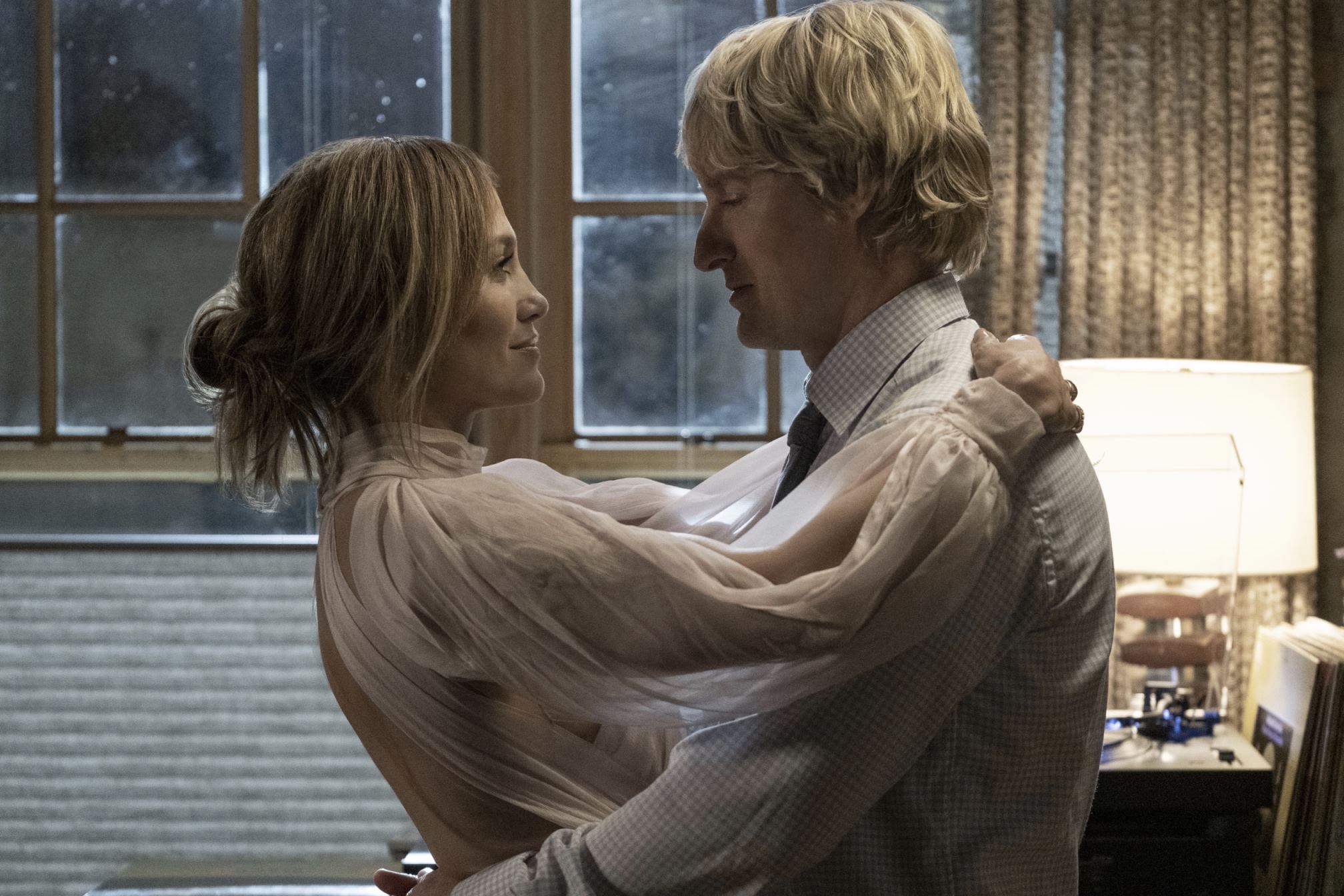 An unlikely romance about two different people searching for something real in a world where value is based on likes and followers, Marry Me is a modern love story about celebrity, marriage and social media.  Packed with original songs by Jennifer Lopez and global Latin music star Maluma who makes his feature-film debut), Marry Me features Lopez starring as musical superstar Kat Valdez and Owen Wilson as Charlie Gilbert, a math teacher—total strangers who agree to marry and then get to know each other.  Divorced high-school math teacher Charlie Gilbert (Owen Wilson) has been dragged to the concert by his daughter Lou (Chloe Coleman, HBO’s Big Little Lies) and his best friend (Sarah Silverman). When Kat (Lopez) learns, seconds before the ceremony, that Bastian (Maluma) has cheated on her, her life turns left as she has a meltdown on stage, questioning love, truth and loyalty. 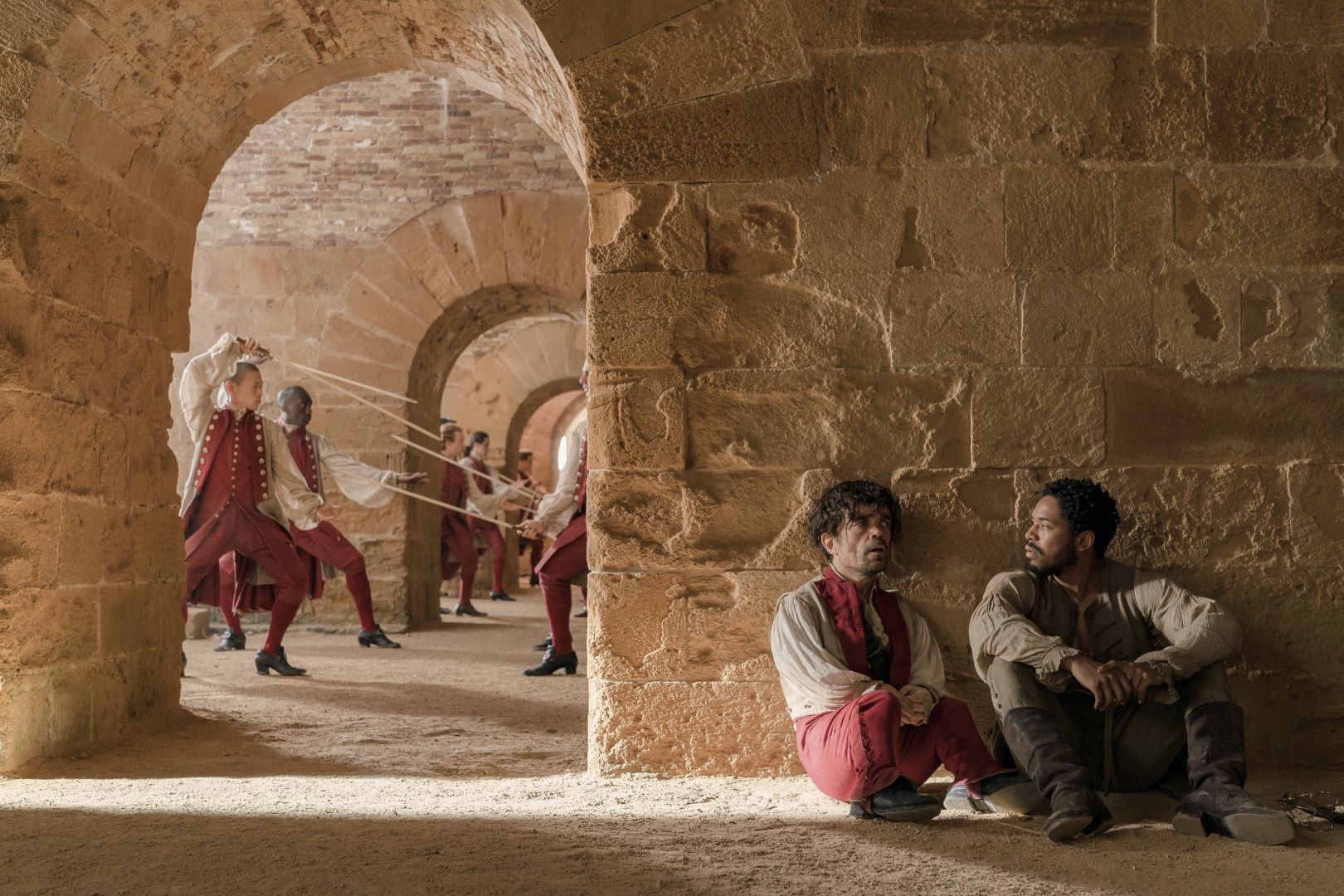 In the tradition of the classic MGM movies that celebrate romance lyrically and visually, award- winning director Joe Wright (Darkest Hour, Anna Karenina, Atonement, Pride & Prejudice) orchestrates a gifted ensemble of actors performing the big-screen epic love story Cyrano, unfolding in cinemas on Feb. 23. This bold new adaptation, scripted by Erica Schmidt and filmed on stunning Italian locales, re- imagines the timeless tale of wit, courage, and love. The score and songs are from The National’s Bryce and Aaron Dessner, and Matt Berninger and Carin Besser. In the title role, Peter Dinklage (Emmy Award winner for Game of Thrones) makes the iconic character his own. 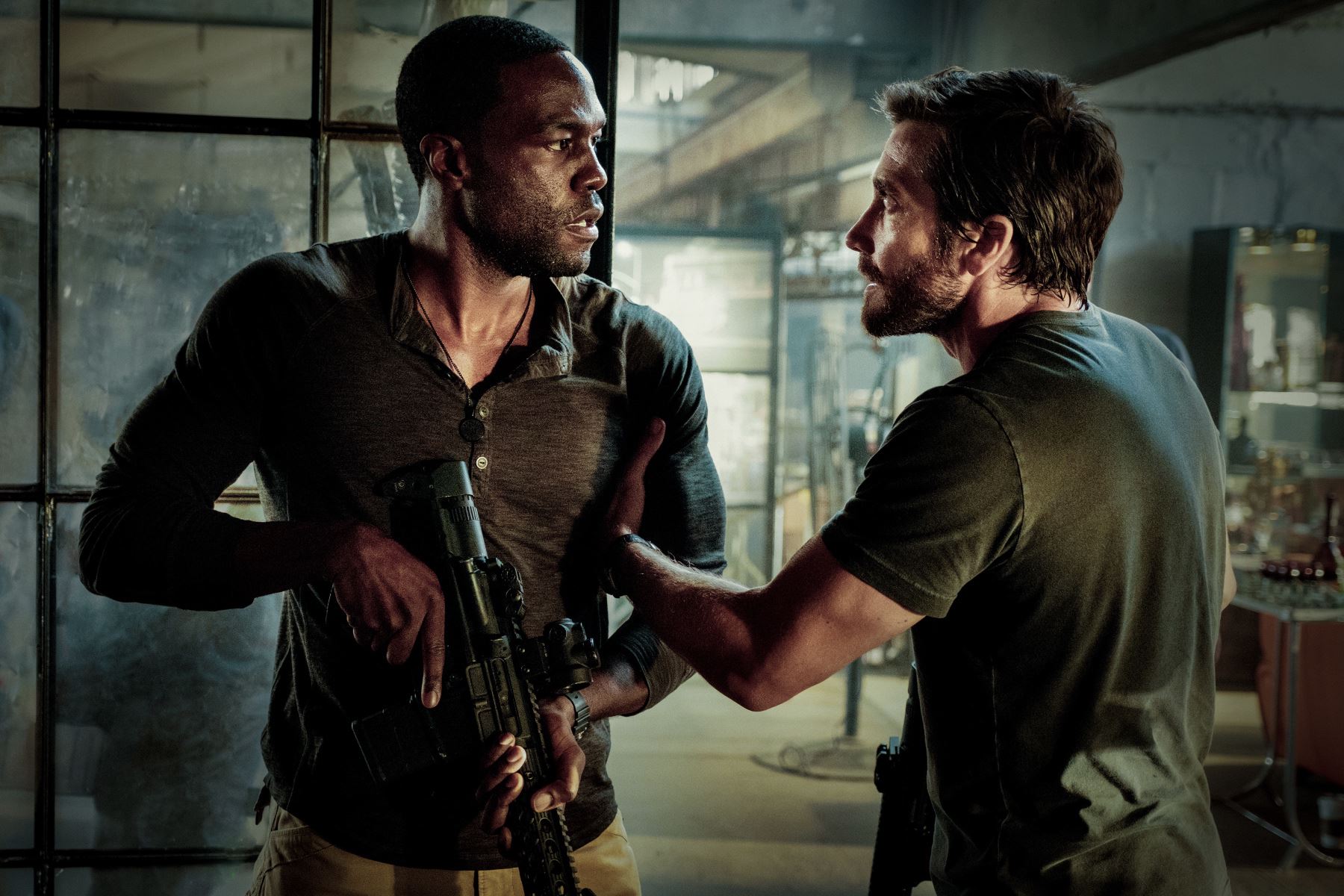 Over one day across the streets of L.A., three lives will change forever in Ambulance. In this breakneck thriller from director-producer Michael Bay, decorated veteran Will Sharp (Emmy winner Yahya Abdul-Mateen II, Candyman, The Matrix Resurrections), desperate for money to cover his wife’s medical bills, asks for help from the one person he knows he shouldn’t—his adoptive brother Danny (Oscar® nominee Jake Gyllenhaal, Zodiac, Spider-Man: Far From Home). A charismatic career criminal, Danny instead offers him a score: the biggest bank heist in Los Angeles history: $32 million. With his wife’s survival on the line, Will can’t say no. But when their getaway goes spectacularly wrong, the desperate brothers hijack an ambulance with a wounded cop clinging to life and ace EMT Cam Thompson (Eiza González, Fast & Furious Presents: Hobbs & Shaw, Baby Driver) onboard. In a high-speed pursuit that never stops, Will and Danny must evade a massive, city-wide law enforcement response, keep their hostages alive, and somehow try not to kill each other, all while executing the most insane escape L.A. has ever seen.  Ambulance is coming soon in theaters on Mar. 30.