Roll Call | Meet the characters of 'All Of Us Are Dead' 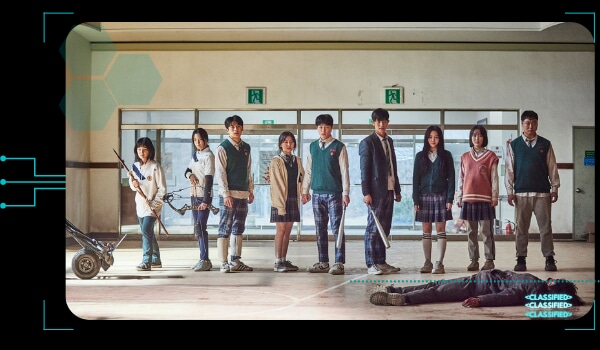 Want to know what to do and what not to do during a zombie apocalypse? Take a page out of Hyosan High school students’ book as they do absolutely everything they can to get out of their zombie-infested alma mater in All Of Us Are Dead. Trapped in a virus-ridden school with no cellphones, no food, and nobody to take care of them, the students reach for desk lamps, bookshelves, and bows to defend themselves from zombies in a desperate fight for survival. Get ready for a daring teenage zombie escape on All Of Us Are Dead. But before diving deep into the adventures of Hyosan High School’s students, get to know the characters of this must-watch Korean zombie series. 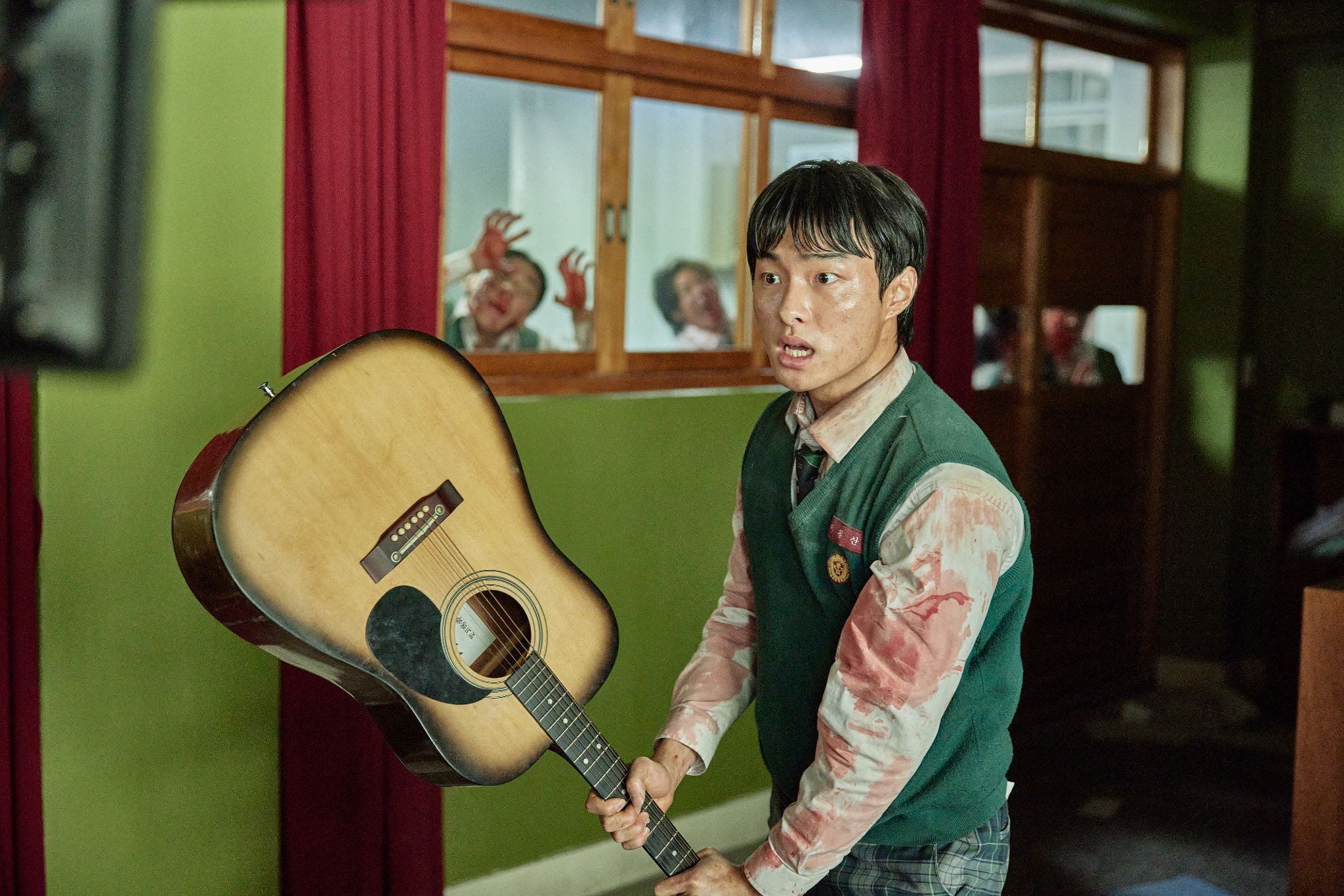 A student at Hyosan High School who is secretly in love with his neighbor and childhood friend. Cheong-san runs and moves very fast. He is very skilled at dodging zombies, climbing walls, shelves, ducts and other high things. He also thinks quickly on his feet. Cheong-san’s neighbor, childhood friend and secret crush. Her dad is a firefighter and has taught her survival skills that come in handy during emergencies, such as a zombie outbreak. On-jo has a crush on reformed school bully Su-hyeok. 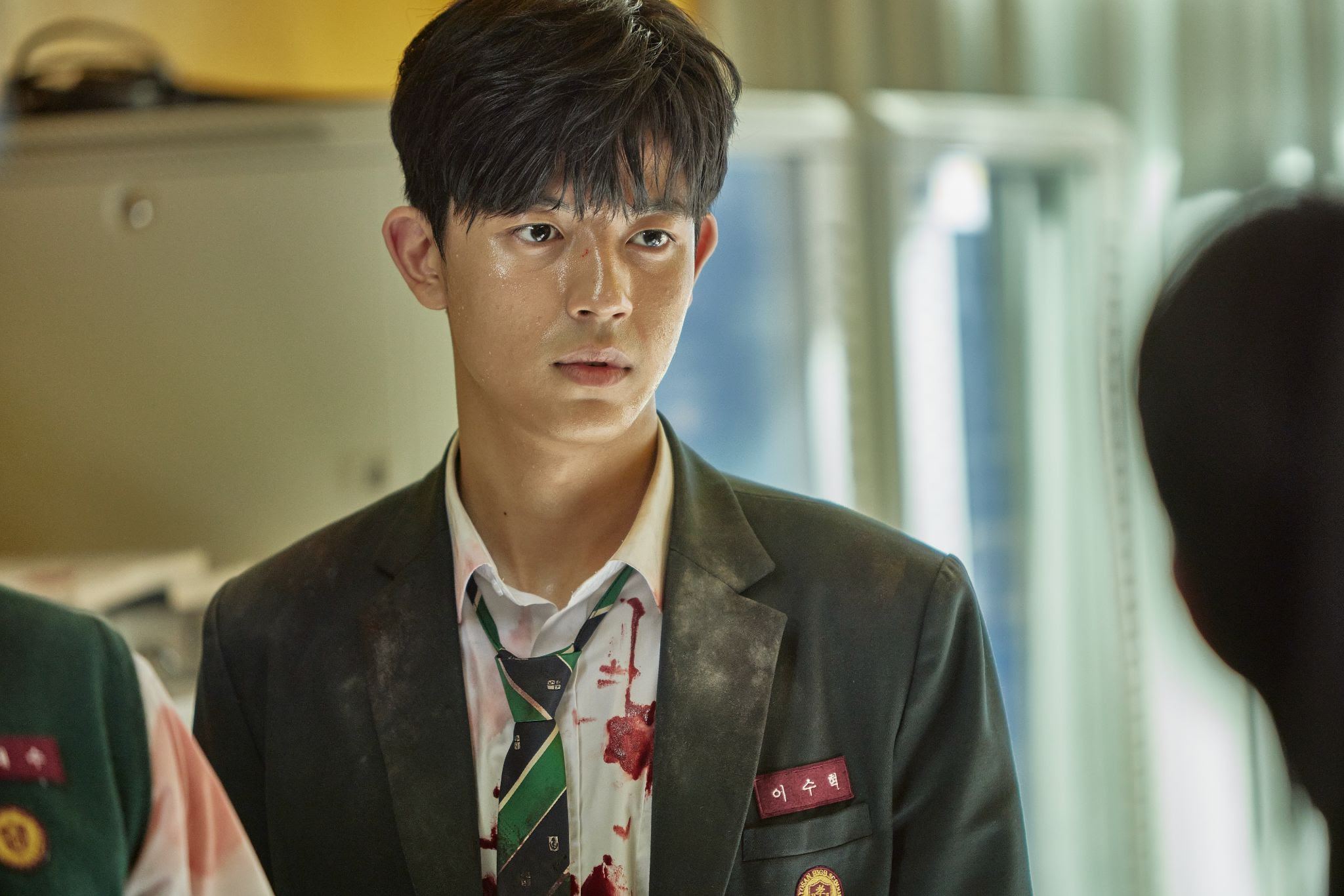 A former school bully who now hangs out with Cheong-san. Besides being a bully the previous year, Su-hyeok is known to not pay attention during class and because of his reputation, he’s too shy to tell his overachiever crush he has feelings for her. An athlete, Su-hyeok runs very fast, is a fearless climber, and can really throw a punch or two. 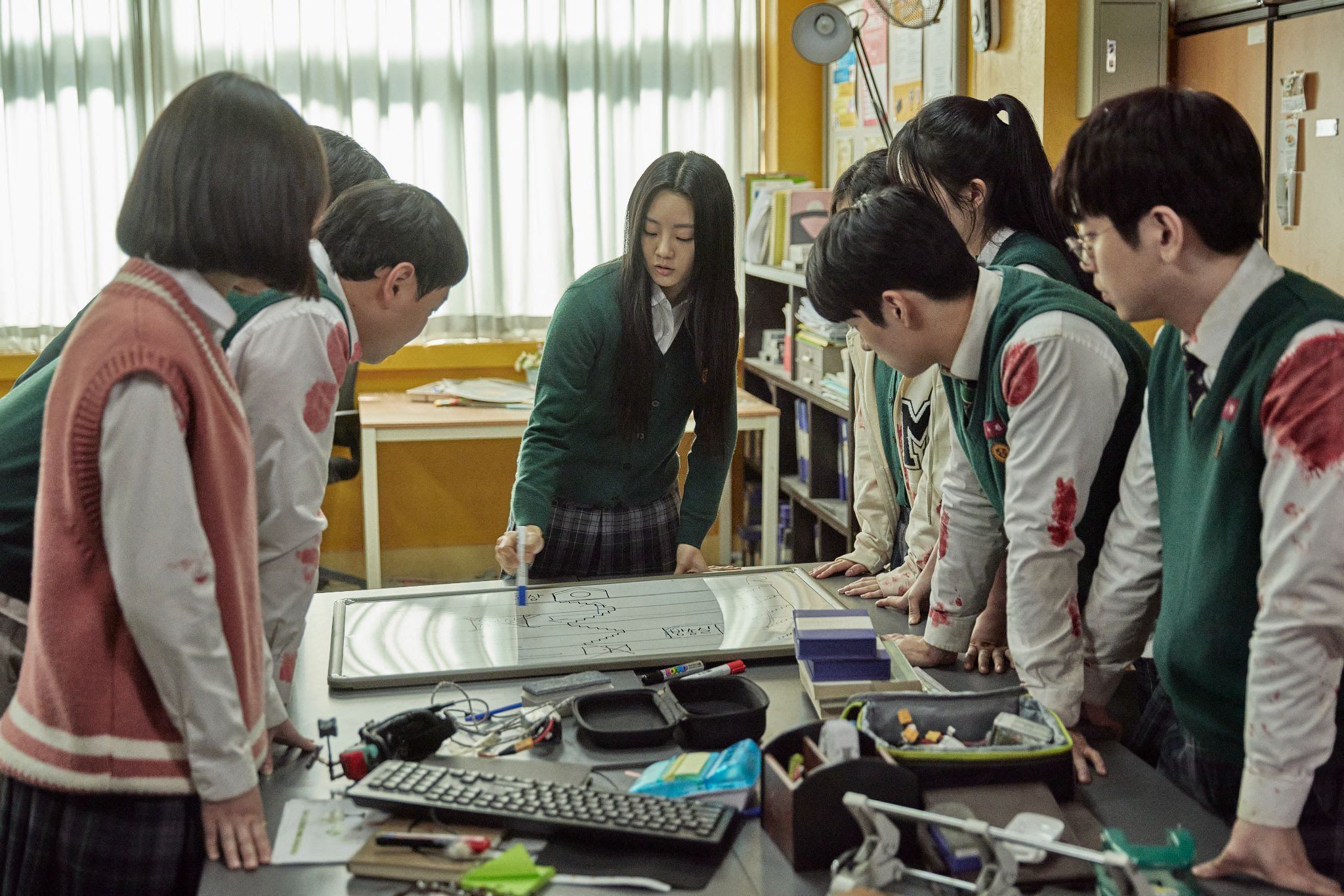 Junior class president and top 1 student from her batch. Some people are easily intimidated by Nam-ra but it doesn’t bother her — she seems perfectly fine not to have friends. She may not be very good at physical fighting but she is very smart under pressure.

Top 2 student in their batch. He’s quite the genius when it comes to building things, from makeshift ladders to drones. 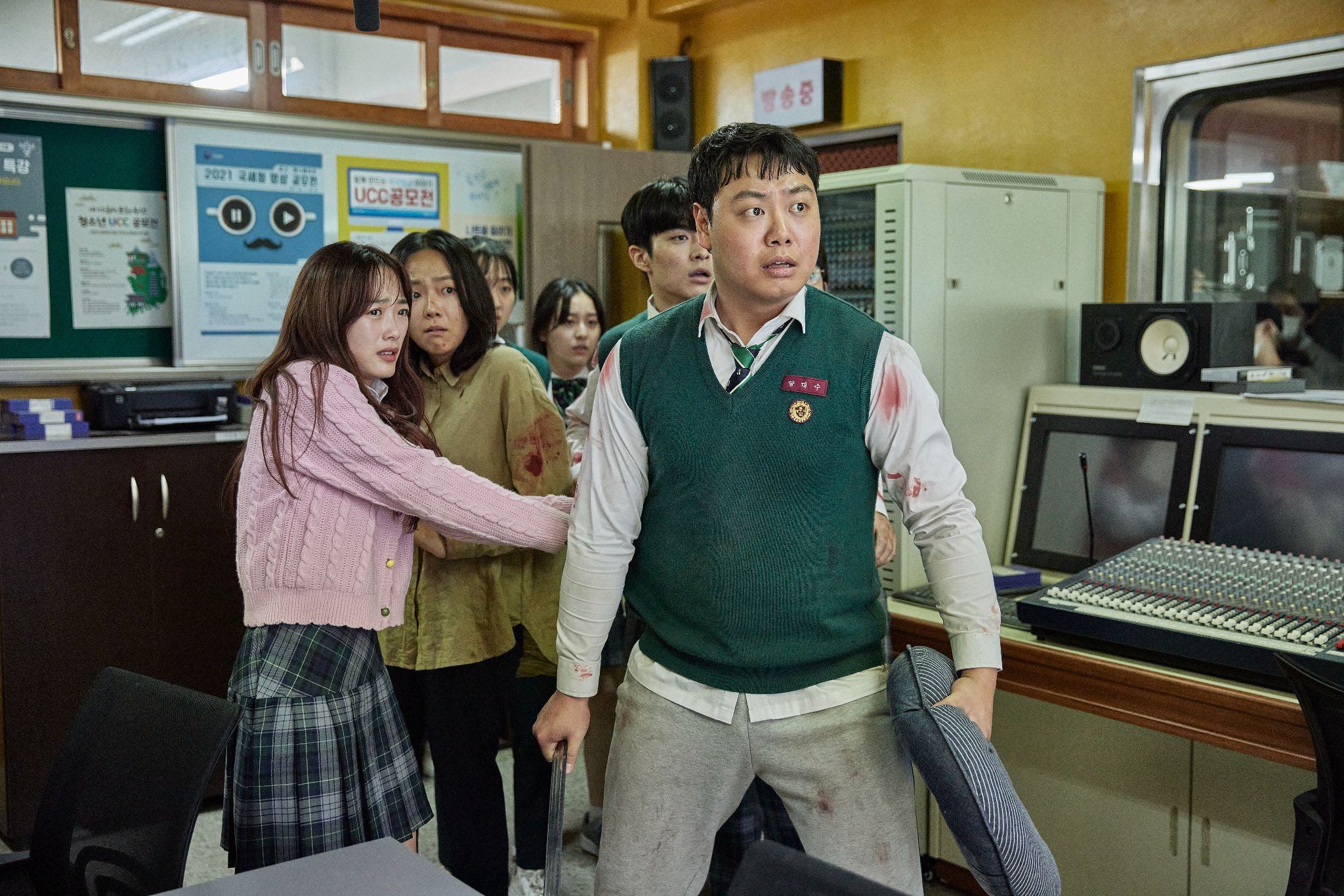 A student who loves to sing and eat. In terms of brute strength, he’s the most reliable in the group.

Dae-su’s best friend. He doesn’t volunteer as a leader, but he’s a very good team player. Like Su-hyeok, Wu-jin is very good at punching zombies. 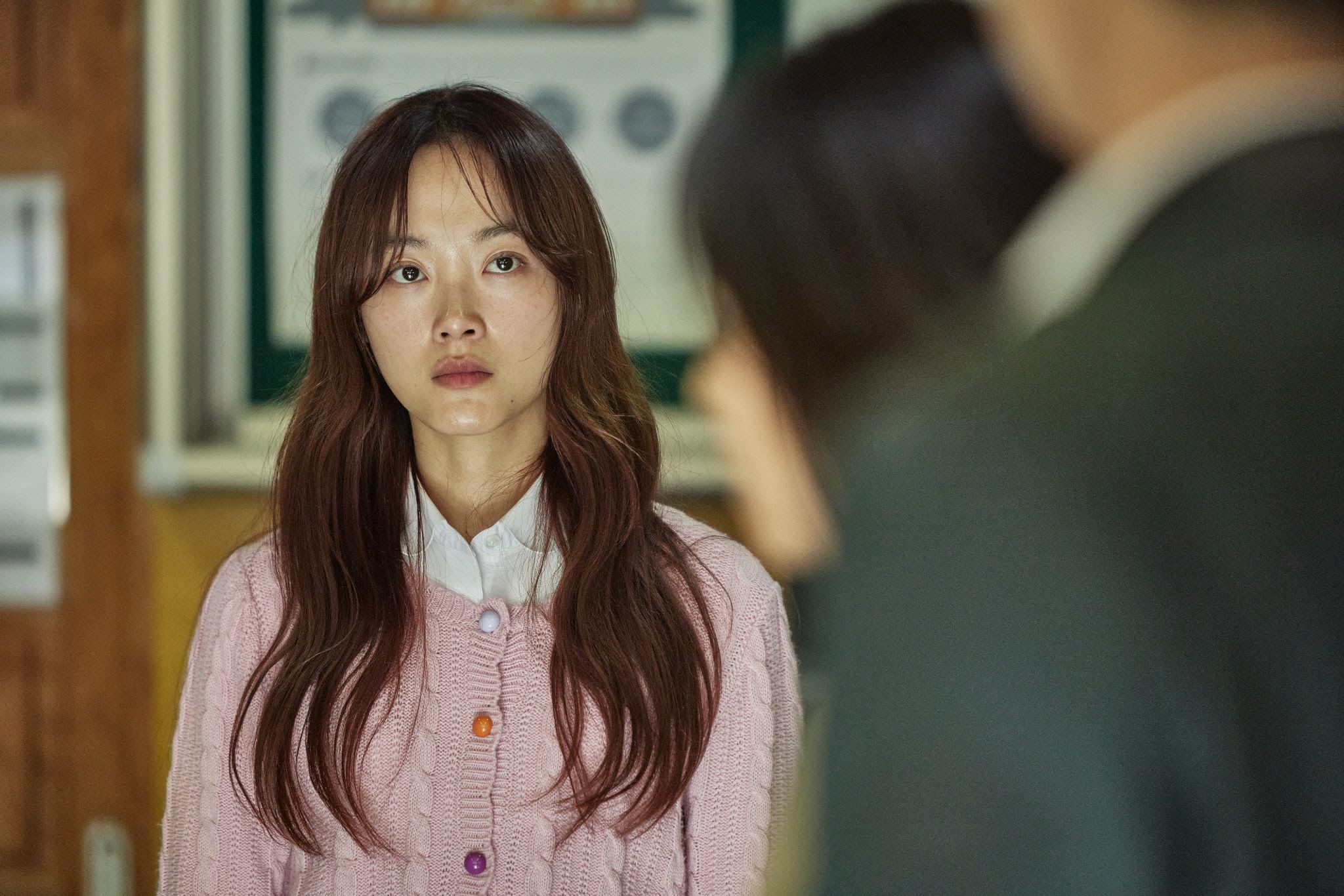 A wealthy student who likes to spread rumors and pass judgment about her fellow students and even teachers. She doesn’t help much, is always the first one who runs for safety, and complains quite a lot. Her own survival is the only thing that matters to her.

Cheong-san’s best friend and will do anything, no matter how scary, to help out his best friend. His family doesn’t have as much money as his classmates’ and he sometimes gets made fun of because of it.

On-jo’s best friend. She’s not one to quickly jump to safety and is willing to do dangerous tasks for the group.

A member of the school choir. She’s willing to pull her own weight in the group by quickly volunteering for tasks. 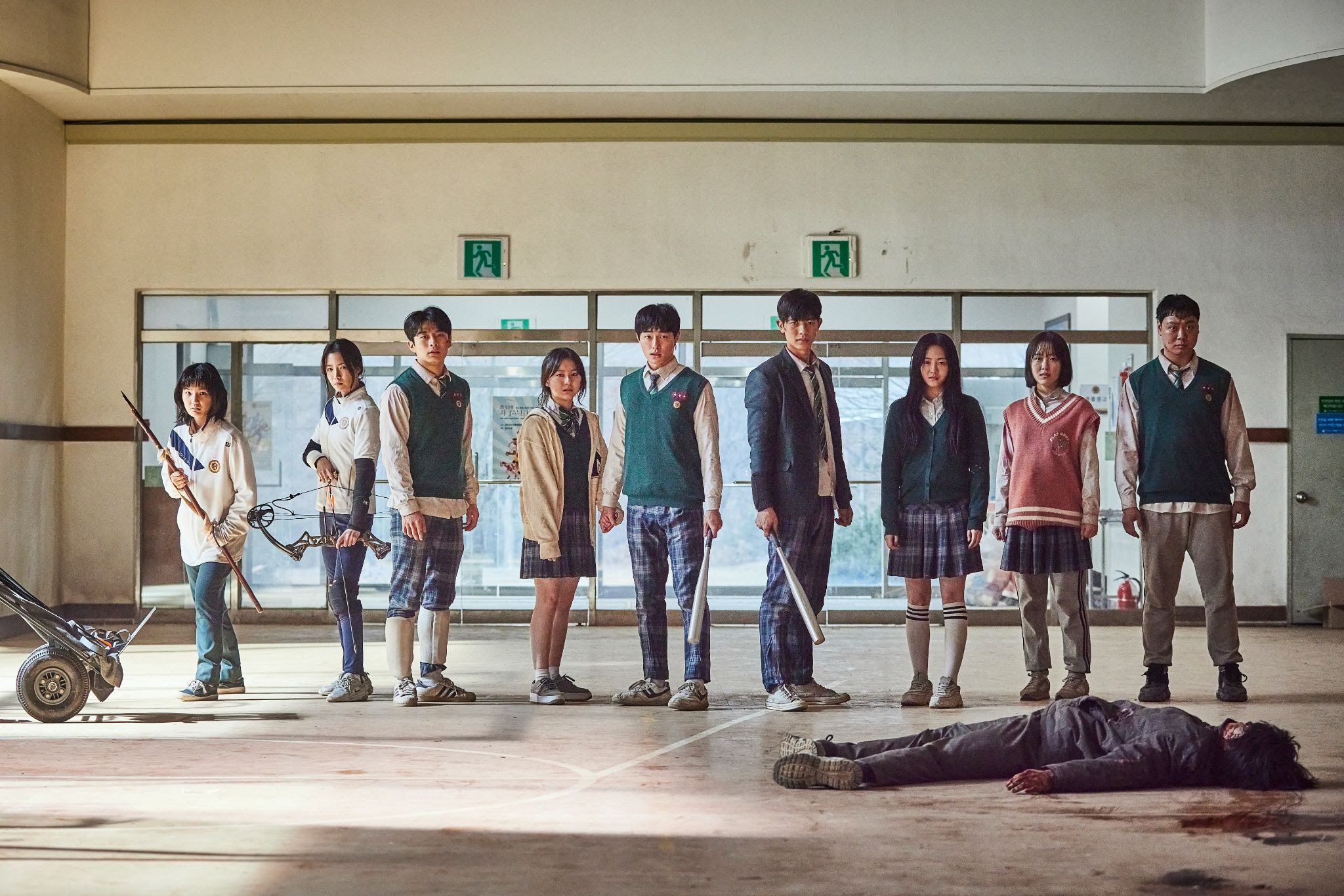 Son of the school’s science teacher. He’s an outcast and often gets bullied.

MIN EUN-JI AND KIM CHEOL-SU (played by Oh Hye-soo and An Ji-ho, respectively)

Outcasts who get bullied for telling on the school bullies. 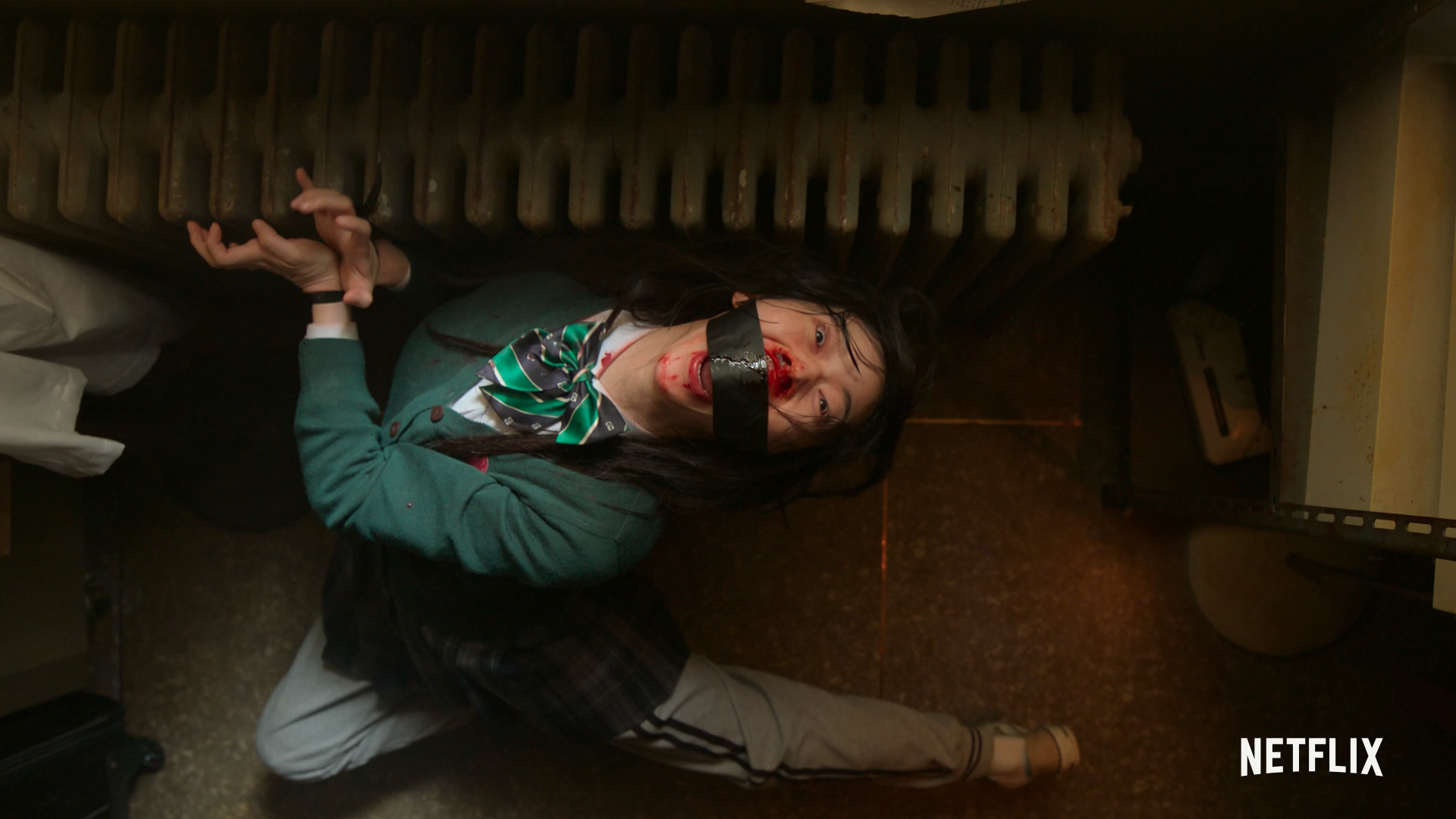 A school bully whose curiosity turns her into the school outbreak’s patient zero. 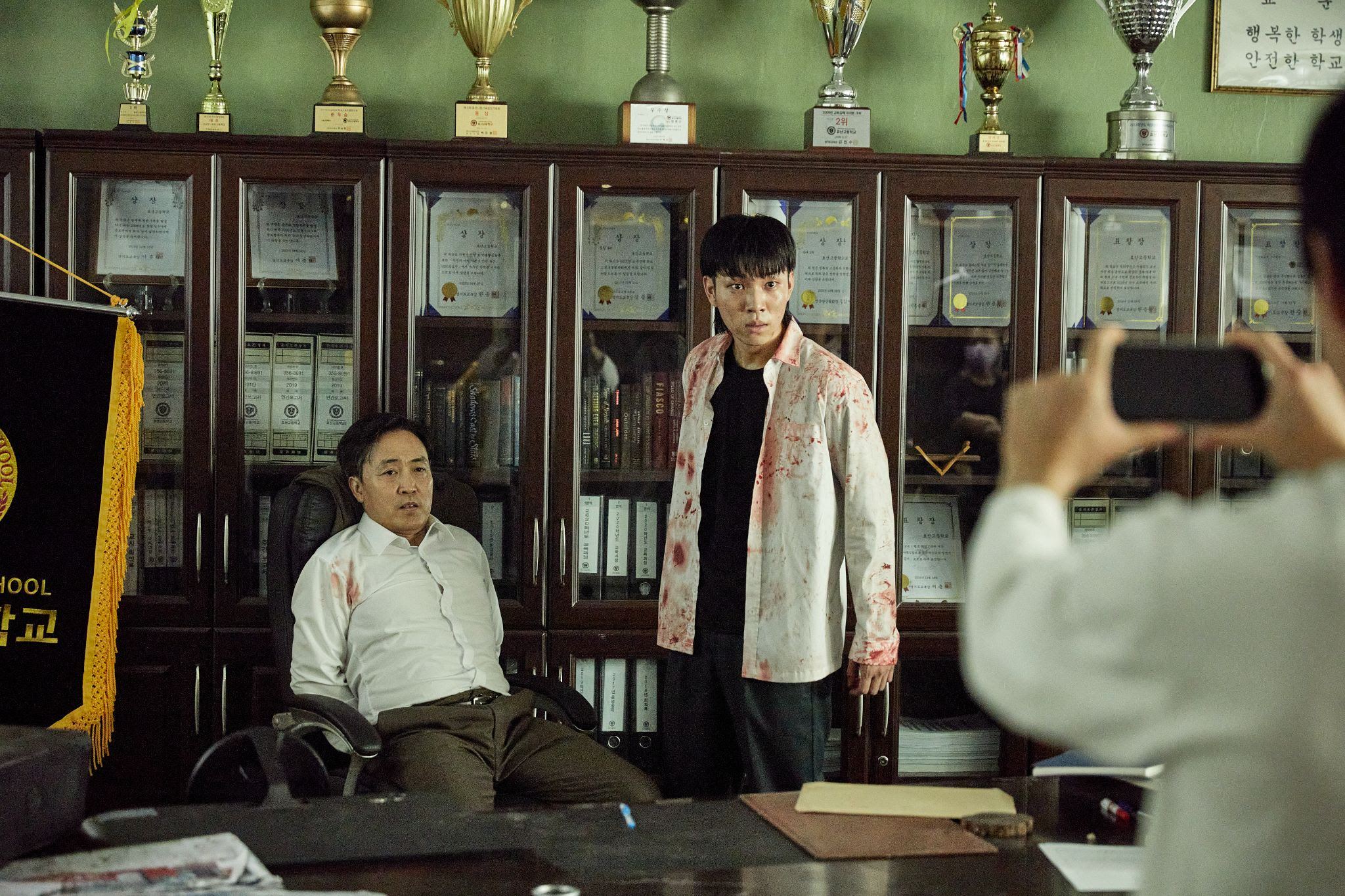 One of the school’s biggest bullies, though he’s known mostly as the bullies’ gopher or errand boy.

A senior and an archer who goes on a kickass mission to find and save her younger brother.

A very mouthy senior who hates taking exams. She’s quite resourceful when it comes to zombie-killing weapons. 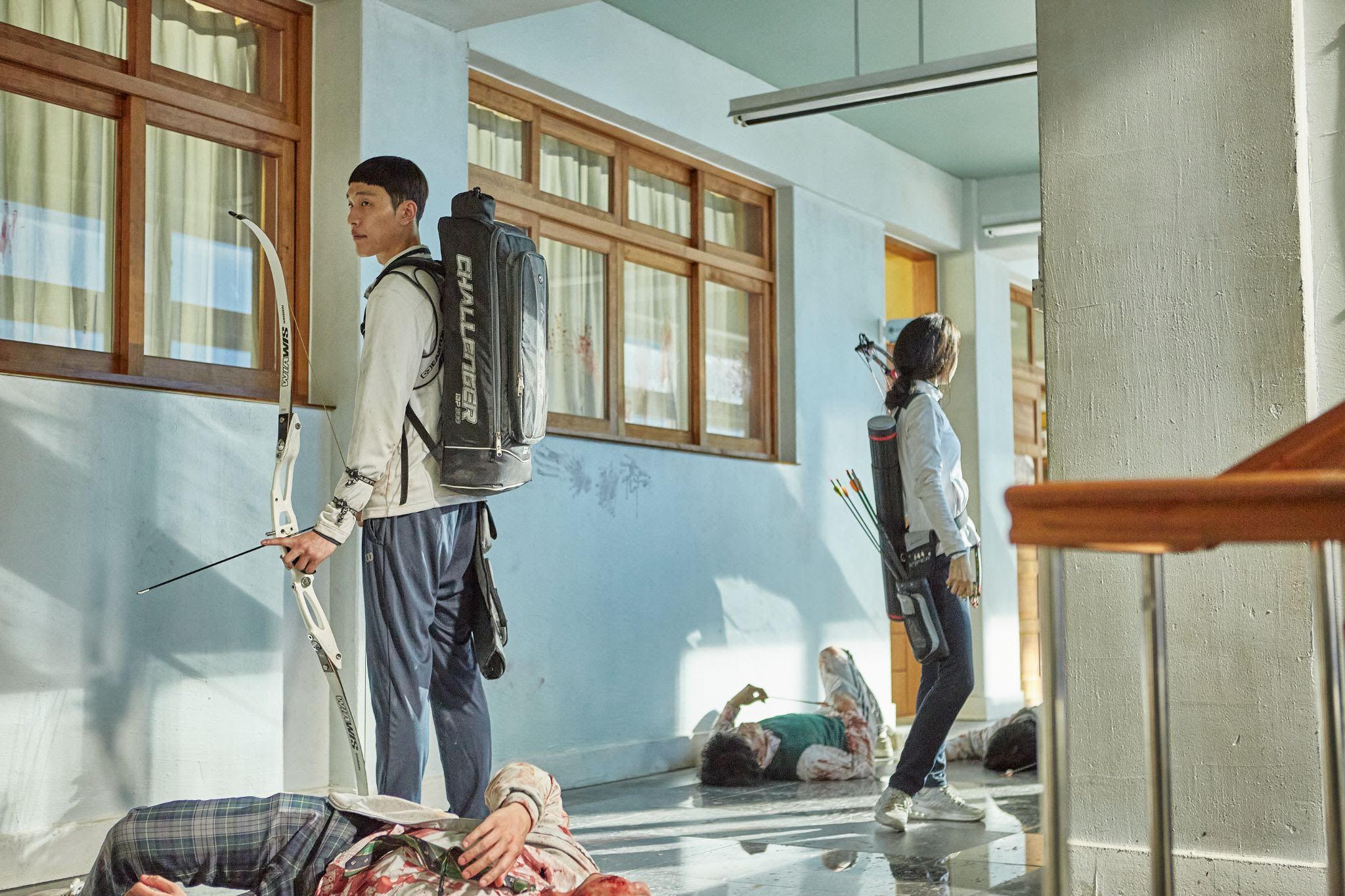 A student who gets stuck in the bathroom with Mi-jin and who then becomes her closest friend during the outbreak. 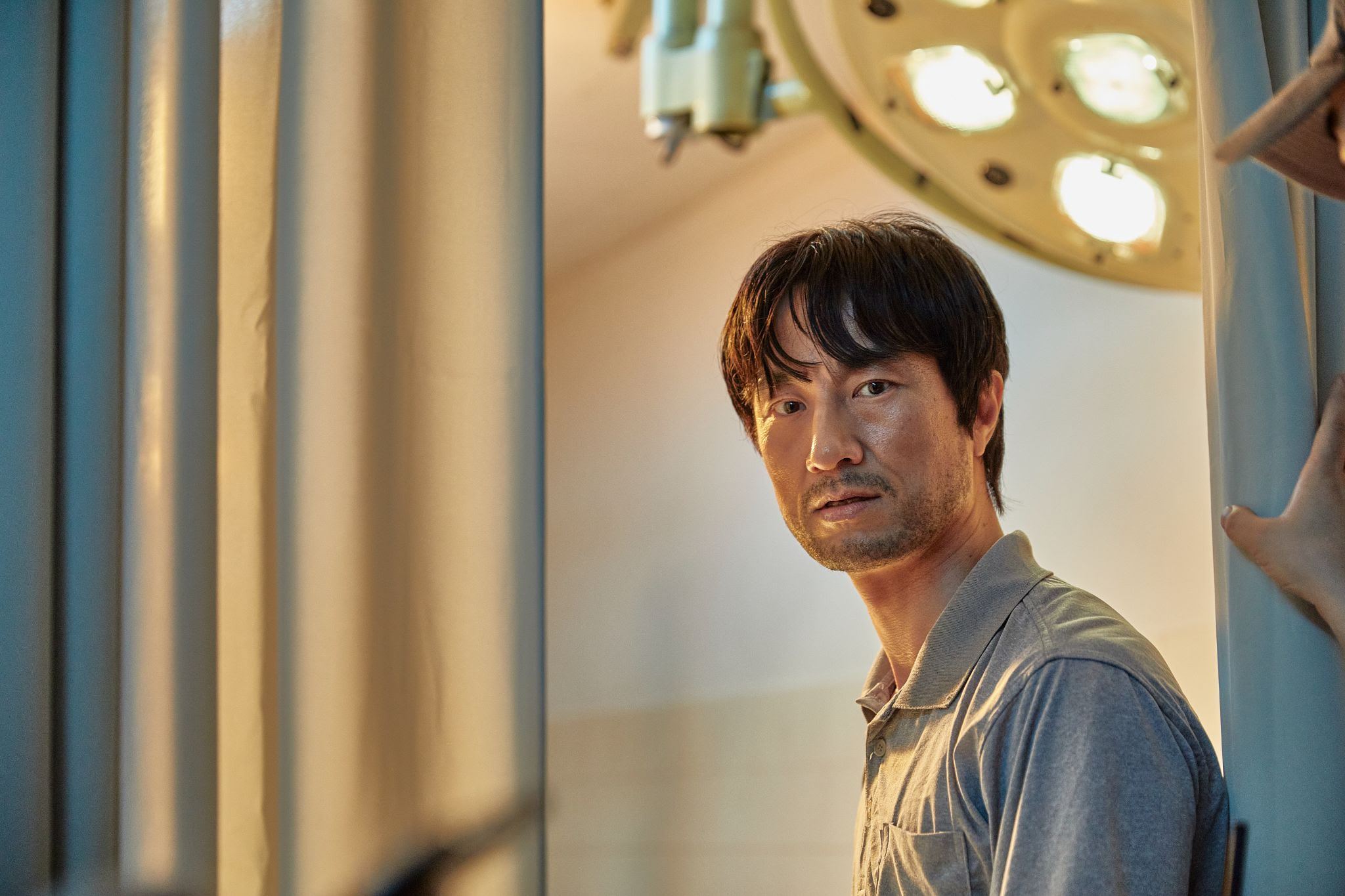 A genius science teacher at Hyosan, whose son, a student at the high school, is an outcast and often gets bullied. 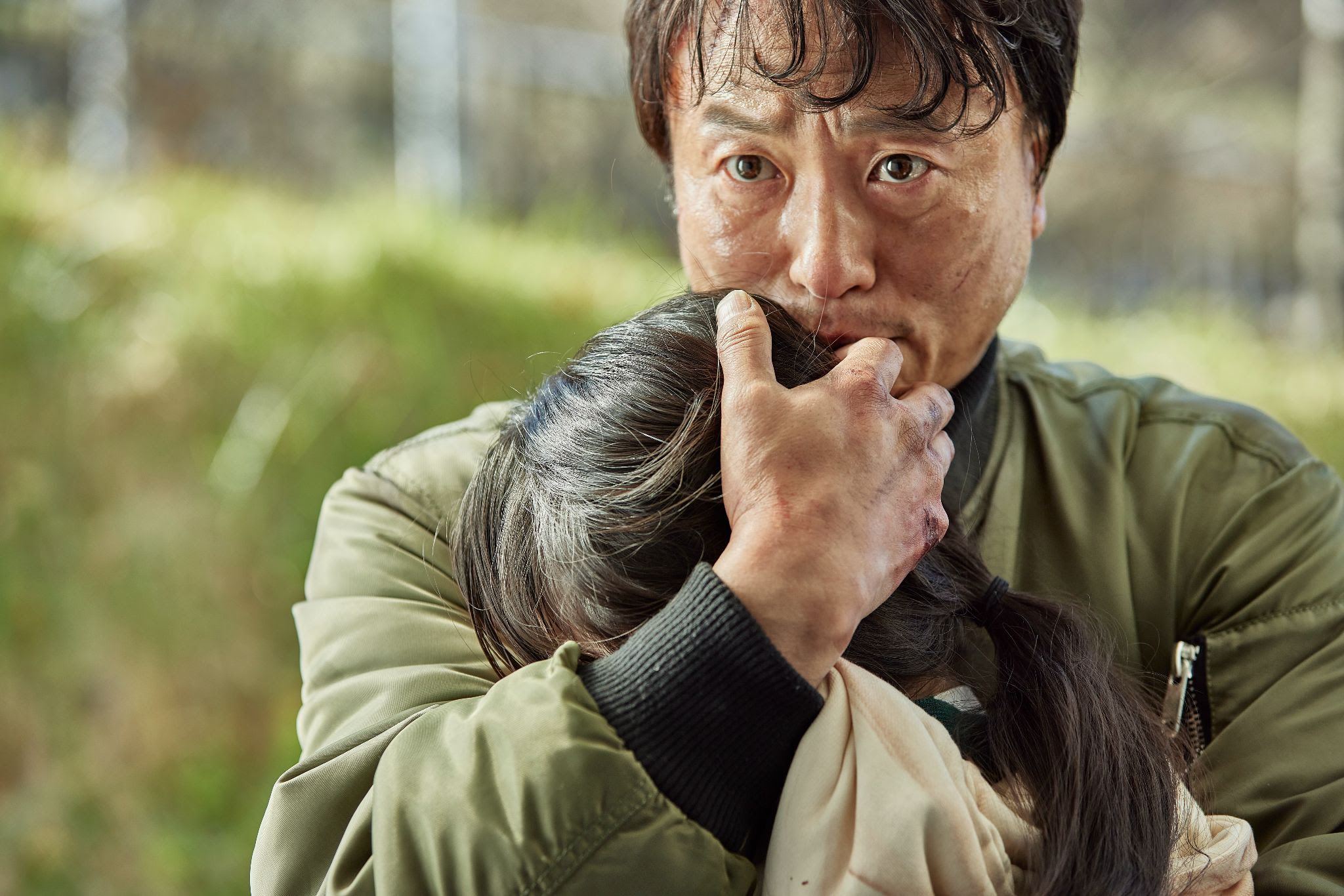 On-jo’s dad, a firefighter captain who will stop at nothing to save his daughter.

Owner of Cheongsan Chicken. No matter how dangerous, she goes to the school to find her son.

English teacher who cares very deeply about the safety of Hyosan High’s students. She’s observant, patient, and willing to take risks for the students. 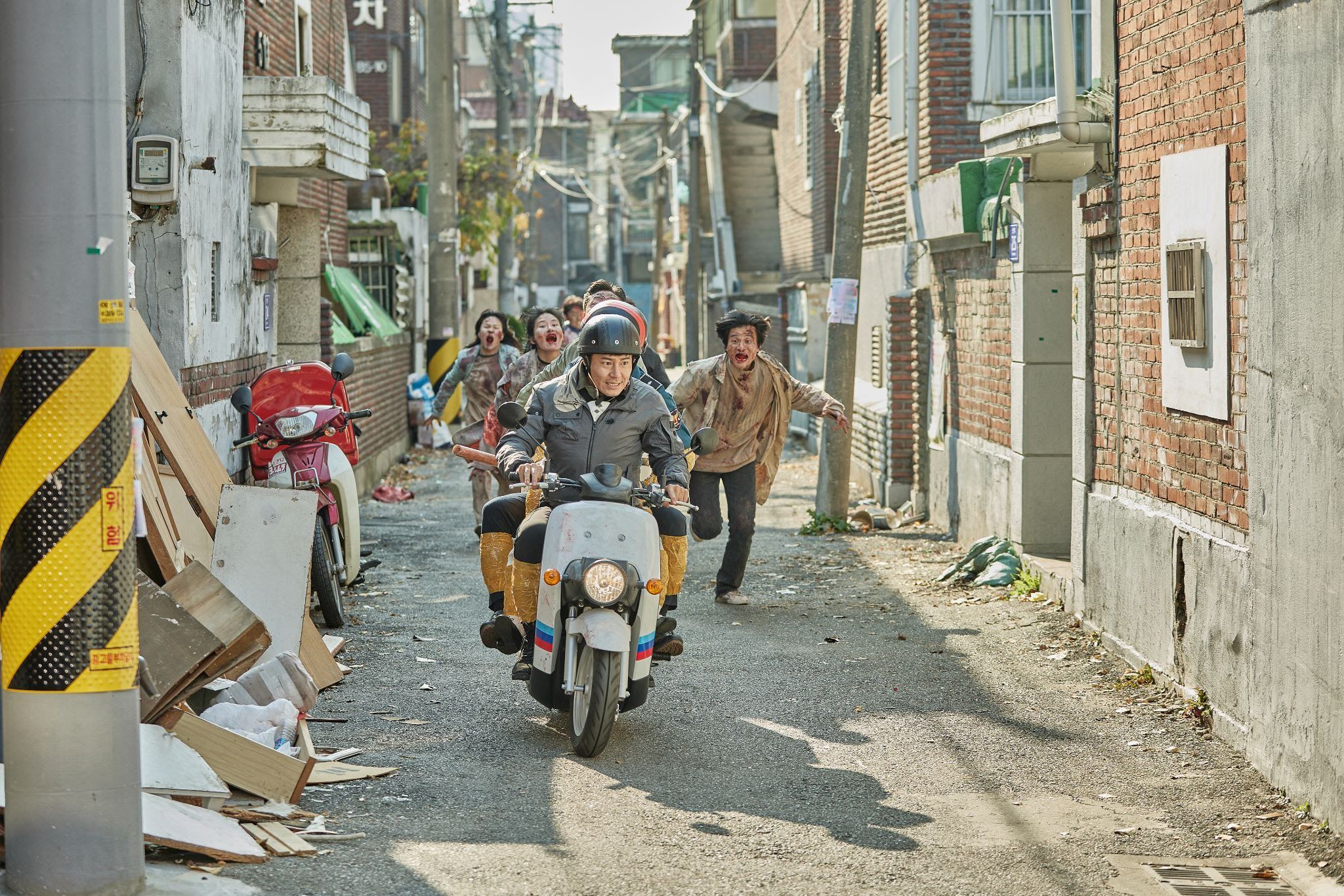 A police detective who is the first person to discover the truth behind the zombie outbreak.

A newbie police officer whose prestigious Seoul University education is put to the test during the zombie outbreak.

Martial Law Command leader who is very disciplined and by the book. To save as many lives as he can, he is willing to sacrifice the few. 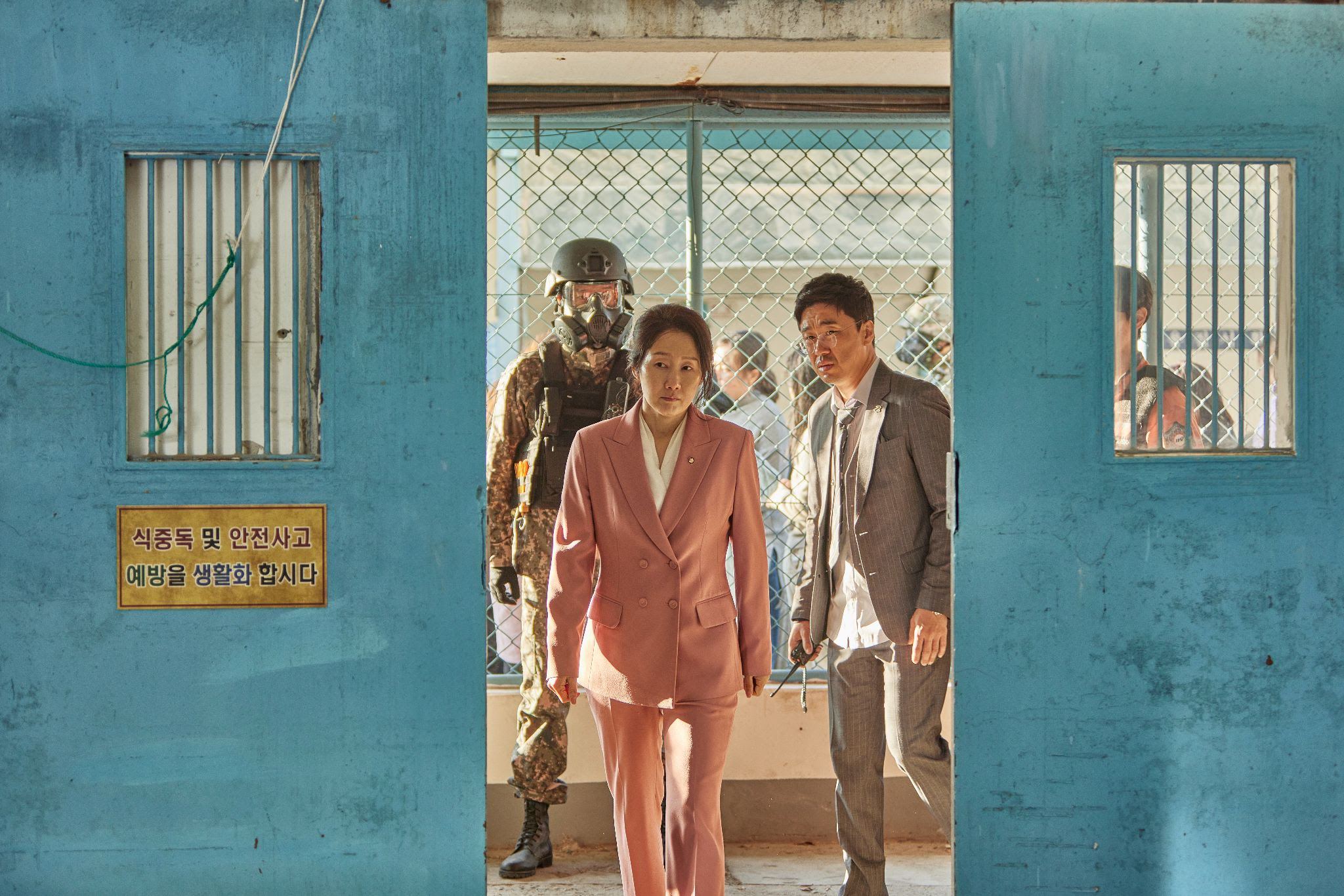 An assembly member who gets stranded in Hyosan and demands special rescue and quarantine treatment for her and her staff.

A vlogger who goes to Hyosan (all geared up and everything) to find out if rumors of a zombie outbreak there are true.

All Of Us Are Dead is now streaming, only on Netflix.