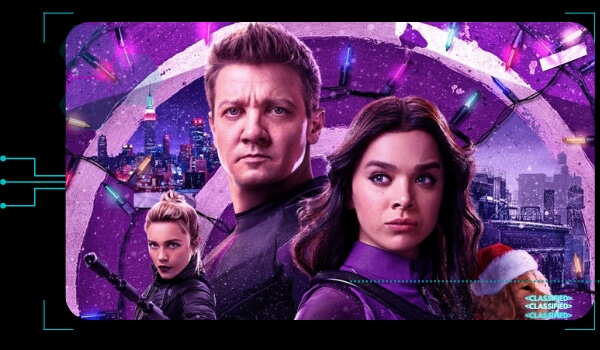 When was the last time you had that sense of wonder towards comicbook heroes adapted for the small screen? Marvel Studios’ Hawkeye series for Disney+ could cover that, starring our tired and now hearing-impaired Hawkeye, Clint Barton, and his protégé, Kate Bishop.

While Falcon and The Winter Soldier predates the series in the realm of grounded stories, Hawkeye might be the studios’ first series on Disney+ to have an equal balance of grittiness, action, and comedy on the platform. Hawkeye also mines the playground the Marvel Netflix shows built years back, a meta tribute to the TV producers, writers, and showrunners who brought to life the criminal underworld of New York City.

Hailee Steinfeld is one of the best actresses of her generation. The casting of Kate Bishop is spot on. No pun intended. The series also gives Florence Pugh’s Yelena Belova, the comics’ second Black Widow, more time to shine here and resolves loose threads from the last movie we’ve seen her. The four-way fight between them, Maya Lopez and Barton is extraordinary.

At first, I found the story direction where Barton was not with his wife Laura Linda (Linda Cardellini) on his trip to New York confusing. But be patient, as there would be subtle hints to his wife’s identity that only comic book fans would get. I’m zipping my mouth for the time being. The wait will pay off.

The Hawkeye series also makes good on the character of Barton, who could be overshadowed by gods, androids, scientists, and super-soldiers in movies. It is so fun to see Jeremy Renner’s acting range from the brooding Ronin to the hilarious yet still ingenious CB-One. Sorry, Clint.

Another groundbreaking casting is deaf actress Alaqua Cox, who portrays Maya Lopez, the future Avenger, Echo, and current Phoenix host in the comics.  The actress kicks ass and can help lead the way in more diversity in casting.

The word is already out that Vincent D’onofrio reprises his role as Wilson Fisk a.k.a. The Kingpin, a role he became known for in the Netflix series, Daredevil. Although his screen time is relatively short, his performance is such a scene-stealer. I hope to look forward to more of his appearances in the Marvel Cinematic Universe.

All in all, Hawkeye is one of the best Christmas gifts Marvel Studios gave to fans this year.