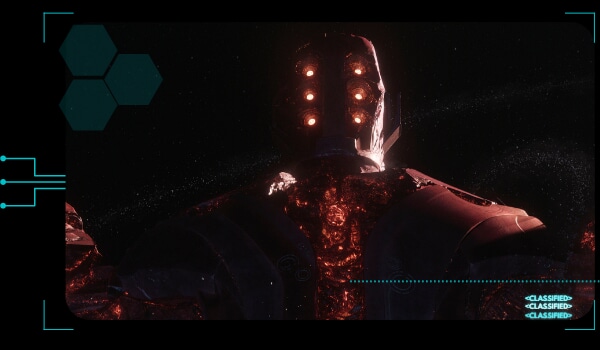 Strip away the giant cosmic beings, monsters, and superpowers, Eternals might as well be an anthropology lesson that ran for nearly three hours. Here’s the skinny - Eternals explores what makes us humans, in the eyes of near-immortal beings. It was only fitting that Oscar-winning director Chloe Zhao helmed this introspective movie, doing much away with the Marvel formula and Whedon-esque humor, and replacing them with stunning visuals and subtle, quiet moments.

The concept of ancient aliens in the superhero genre might be out-of-the-box and falls more on the genre of high-concept science fiction similar to Dune. This is most probably because comics creator Jack Kirby did not originally intend to integrate Eternals in the main Marvel Comics continuity. It was only when the series was canceled that the unresolved plot was revisited by Thor writers Roy Thomas and Mark Gruenwald that it formally validated its existence within the Marvel Universe.

I went to the cinema knowing Chloe Zhao’s Oscar-winning work, Nomadland, so I had an idea what to expect about the pacing. She works best in narratives with themes about self-discovery and enlightenment. Eternals does feel a bit cerebral for the casual superhero movie fan who wants to speed up things. Whedon and the Russo’s might have spoiled the fans too much.

The genderbending and race changes of the Eternals is an improved iteration. Adding a deaf speedster and a queer inventor is a progressive choice. It was also refreshing to see Angelina Jolie take on a vulnerable character, Thena, who could as well be a representative of people who struggles with mental illness.

The movie can also be praised for its unpredictability. I did not expect a twist and the team facing a dilemma. In Avengers: Age of Ultron, the villainous A.I. made its decision to decimate the human race after a minute of surfing the Internet. The Eternals hit an impasse, and a lot of thinking, reflecting, and weighing of options had to be done.