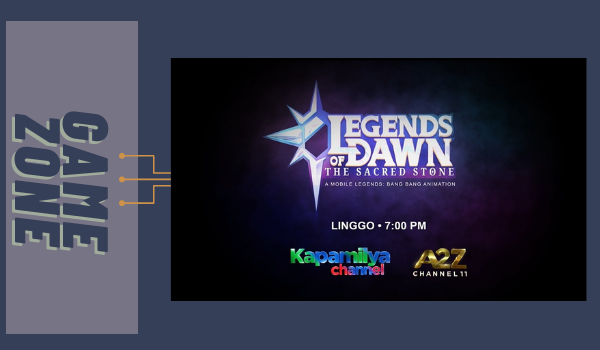 The legendary heroes of Mobile Legends: Bang Bang are pulling out all the stops to fight evil in the powerful finale of Legends of Dawn: The Sacred Stone, which airs on Sunday (Oct. 3), 7 pm on Kapamilya Channel and A2Z.

Claude and Fanny were left incapacitated after a dangerous confrontation with Alice, the queen of the blood demons in search of the Sacred Stone. While the incident put their life in danger, it will bring Claude and Fanny even closer together as they continue their quest to find the stone.

The legendary heroes, however, remain divided and hostile towards each other. A furious Clint was arrested and taken into custody by Tigreal and Harith of the Imperial Knights, who believe it was the sheriff who stole the stone.

As the story continues this weekend, a big celebration is underway for the king. But unbeknownst to the guards and revelers, Alice will take advantage of the festivities to launch a deadly attack on the capitol.

Will Claude, Fanny, and the other legendary heroes be able to stop Alice? 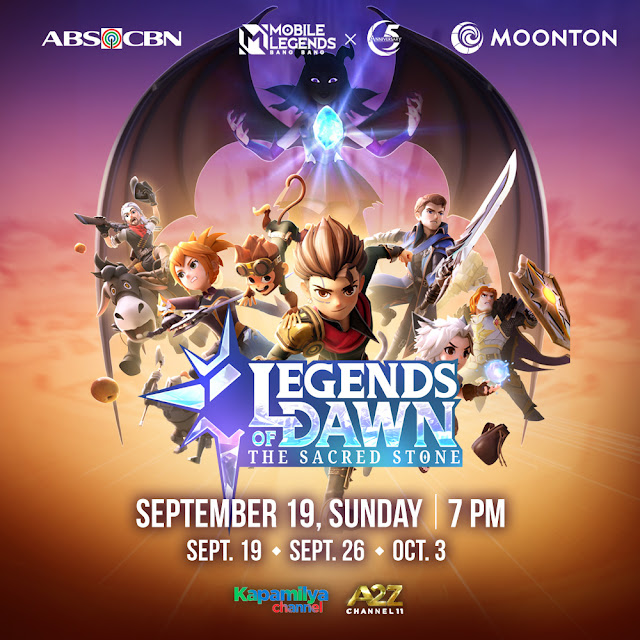 Don’t miss the powerful finale episode of Legends of Dawn: The Sacred Stone, based on Mobile Legends: Bang Bang, on Sunday (Oct. 3) at 7 pm on Kapamilya Channel and A2Z Channel 11. Viewers who use any digital TV box at home such as the TVplus box only need to rescan their device to be able to watch the animated series on A2Z in Metro Manila, some nearby provinces, and Eastern Visayas.