The Men of 'Dune' and the Actors Who Play Them 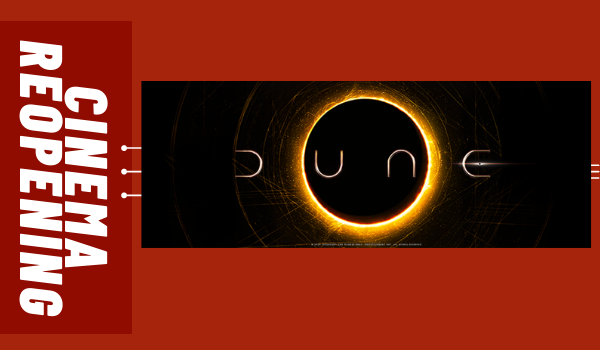 PAUL ATREIDES (Timothée Chalamet): The son of a Duke born into a destiny greater than his royal title, young Paul is thrust into an epic adventure of discovery that will take him across the galaxy to a barren and inhospitable world with danger around every corner. Paul must rise to conquer his fears as the fate of the galaxy rests on his young and untested shoulders.

“It was an awesome opportunity to play someone so lost, someone so conflicted, but with so much responsibility at a young age," says Chalamet.  “I thought that was a kind of beautiful dichotomy and rare to see as a lead of a movie.  Paul is not the everyday romantic protagonist and I relished the idea of this being a character I could really play with.”

DUKE LETO ATREIDES (Oscar Isaac): Duke Leto is a man guided by two watchwords: honor and duty. The noble and beloved head of House Atreides, he must lead his people in an exodus to a new world and protect his son Paul as malevolent forces gather, threatening to permanently erase the Atreides name from the pages of history.

Isaac notes, “When we first meet him he has an unease but is feeling optimistic and he wants to infuse his son with strength.  That was so intriguing to me: the idea of what you want to leave to your kids, the lessons you want to teach them, the ethics you want to pass onto them, particularly when the easiest option is to do things against your principles.”

GURNEY HALLECK (Josh Brolin): Trusted advisor of Duke Leto, Gurney Halleck is an irreverent and quick-witted artist with a sword and equally skilled at wielding a song with his chosen instrument, the baliset. When the House Atreides relocates to the dangerous world of Arrakis, Gurney will do whatever it takes to protect the Duke and his family — people as dear to him as the family he lost to the Harkonnens.

“Gurney is strict but fun, he's visceral, paternal, maternal to Paul,” explains Brolin.  “He’s helped raise Paul, so he feels very protective of him.  Gurney pushes Paul very hard because he wants him to be able to protect himself in any given situation.”

BARON VLADIMIR HARKONNEN (Stellan Skarsgård): Evil personified, Baron Vladimir Harkonnen is a Machiavellian force of malevolence, determined to feed his addiction for cold, remorseless brutality upon the innocent. A gravity-defying monster of a man, gliding through the air like a phantom of cruelty, the all-consuming figurehead of House Harkonnen rules through fear, determined to take back the throne of galactic power and reclaim the spice-rich sands of Dune from House Atreides by deadly means.

“It’s a small role but with such a strong physical presence that he would cast a shadow over the entire film, and that’s necessary for a bad guy,” says Skarsgard of the role.

GLOSSU “BEAST” RABBAN (Dave Bautista): As animalistic and savage as his name implies, the Beast Rabban is the towering enforcer and nephew of the sadistic Baron Harkonnen. Tasked with keeping the Baron’s many financial interests in line by any means necessary, he is a brutal force of nature. Those who cross him or the Harkonnen name once, do not live to do it twice.

“Rabban is not afraid of anything—except for his uncle,” says Bautista.  “He is the one person Rabban admires and he would do anything to please his uncle, but I think Baron Harkonnen sees Rabban as more of a pawn in his big game.”

DUNCAN IDAHO (Jason Momoa): Known as the “killer extraordinary,” Duncan is a tactical combat expert and confidant loyal to House Atreides. The most gifted Swordmaster in the Known Universe, he is the eyes and ears of the Duke, always watching the horizon in a world of unknown dangers. Forging a bond of mentorship with young Paul and a bond of duty and brotherhood with Duke Leto, Duncan is the first Atreides soldier sent by the Duke to scout out the forbidding planet of Dune. He will need all of his skills to navigate this dangerous new world.

“Duncan has a bit of mystery to him but he is a very loyal and honorable man,” shares Moma.  “Denis wanted someone who’s powerful and would be able to be respected by all his troops and be convincing as the head knight watching over and protecting Paul and his mother, Jessica—that's his sworn duty.”

STILGAR (Javier Bardem): A leader of the mysterious tribal peoples of Dune known as the Fremen, Stilgar will do anything to protect the lives and cultural identity of his people. He is revered by his tribe as a man of wisdom born of a deep symbiotic relationship with the wilds of Dune; a primal survivor who has made the most dangerous planet in the universe his home. With the shadow of the Harkonnen threat looming over House Atreides, the wise and reluctant leader of the Fremen sees something special in Paul and agrees to an uneasy alliance with House Atreides. 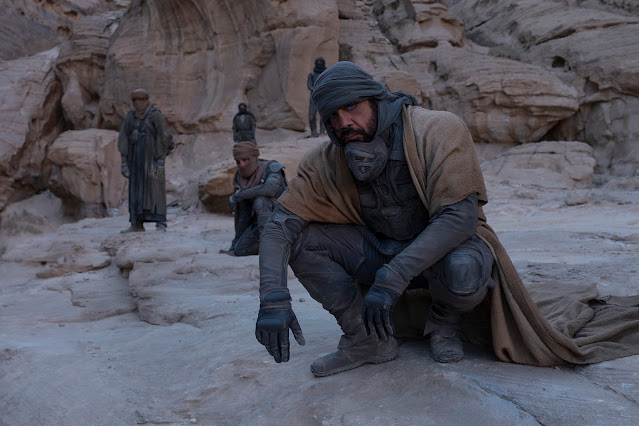 “There are a lot of Arabic and Hebrew influences in the novel, so I wanted to bring some Bedouin or Tuareg elements into Stilgar,” says Bardem.  “I wanted him to appear that he has belonged to the desert since he was born, and that his ancestors have, too.  He is carrying the weight of his people, who have been chased and persecuted.  Stilgar is a great mixture of warrior, fighter, thinker and leader.”

Only in cinemas starting Nov. 10, “Dune” is distributed in the Philippines by Warner Bros. Pictures, a WarnerMedia Company.  Join the conversation online and use the hashtag #DuneMovie