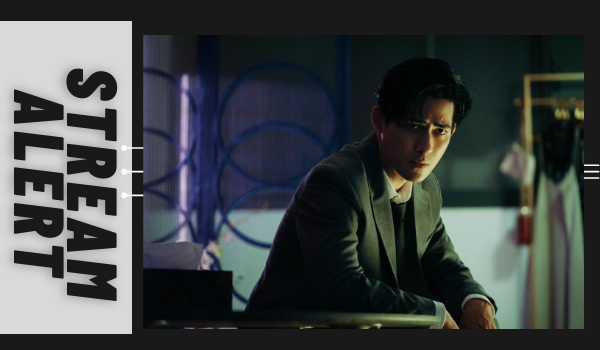 iQiyi, the leading Asian streaming service, held an APAC press conference in Taipei for its Chinese-language original series Danger Zone. At the event, directors David Chuang and Chen Kuan Chung were joined by the star-studded cast - Vic Chou, Sandrine Pinna, Wu Hsing Kuo, Christopher Lee, Berant Zhu, and Tseng Jing Hua. The virtual session also saw the attendance of over 150 journalists across APAC, who were also treated to the global debut of an exclusive 12-minute sizzle of Danger Zone followed by a Q&A with the cast.

At the Danger Zone press event, Vic Chou and Christopher Lee and the rest of the cast greeted global viewers in English, Korean, Malay, Indonesian, Filipino and various local languages. During the Q&A, the cast shared their behind-the-scenes experiences, and answered fun trivia about the show. It was unanimously agreed that Chou has the biggest contrast regarding his on and off screen personas while he appeared quiet and cool most of the time, off-camera he was warm and often poked fun at others.

It was also clear that a brotherly bond has formed between cast members Lee and Zhu, who play policemen in the series. “Even though Christopher Lee shouts at me all the time in the series,” said Zhu, “I still like him a lot. We are the best partners.” Lee also showed some brotherly love, “Zhu is the tag-along I can’t get rid of”.

In the trailer, Vic Chou delivers a convincing performance as a cold and quiet criminal. He shares, “Even if I am a part of this series, I still find it fascinating to watch the trailer. I can’t wait to binge watch alongside everyone.” Pinna, Lee and other cast members also pushed their limits in Danger Zone: Lee and Zhu had intense car chase scenes and jumped off bridges; Pinna cut her hair short for the show and performed with Wu, a renowned Peking opera master; and in contrast to his previous goody two-shoes characters, Tseng now plays a spoilt, rich, arrogant kid. Exploration of themes around criminal sexual abuse, discovery of infant corpses, and headless female corpses, were also groundbreaking aspects of this Chinese-language series.

Danger Zone premiered on iQiyi International on September 3 across 191 countries and regions around the world. Available in 10 subtitled languages (Traditional Chinese, Simplified Chinese, English, Bahasa Indonesia, Bahasa Malaysia, Thai, Vietnamese, Korean, Arabic, and Spanish), viewers around the world can watch the series in their preferred language.