How video games can benefit your mental health 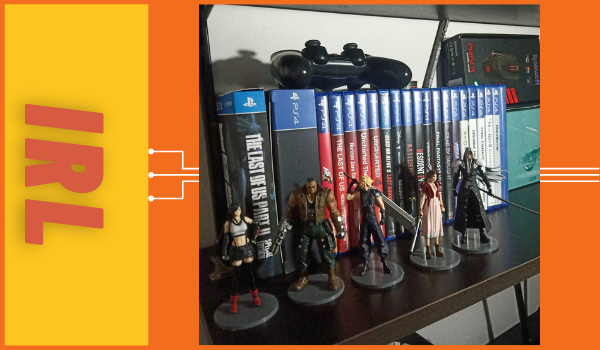 Gamer or not, we all have been feeling that there’s a glitch in the universe. Still, those who immersed themselves in video games have found solace while under stay-at-home orders. To beat the blues, they clutch on their controllers, pull up their gaming apps, or tap on their keyboards. Because on top of the threat of the virus outside, anxiety and depression is another pair of villains we all have to beat

An escape to different worlds

Open-world games have become an alternative to stepping outdoors or traveling, something that we have all miss to do since March 2020. In open-world games, players can roam freely in a virtual world. There, they have the liberty to choose when or how to approach the games’ objectives.

“Open-world games, in particular, can provide a release from that feeling of cabin fever, of itching to get out of the house, because in a way you find yourself venturing and exploring fantastic worlds and sights,” said social media manager Francis Concepcion.

Others cure their cabin fever with the role-playing game (RPG) Stardew Valley. In this game, players take over a farm, get married and have children. “As someone who frequently traveled pre-pandemic, the lockdown affected me a lot,” said Stardew Valley fan Dale Palisoc. He added that playing the video game boosts his spirits up when he feels demotivated to work.

A form of meditation

Video games make it possible for creative immersion in different worlds and narratives. “Compared to other forms of entertainment, gaming requires a higher form of engagement,” said marketing professional Bri Sunga. “They require you to solve problems posed in the games and you get feelings of entertainment and achievement. This type of distraction is what my mental well-being needs in the New Reality.”

Art director Nio Infante agrees, “Gaming keeps my mind off things, and I'd go as far to say it's actually pretty meditative.” He said that playing RPGs like Kingdom Hearts and The Witcher III gives him a sense of accomplishment when I feel like nothing is going right in real life. “Like many others struggling with their mental health, the past year has been incredibly difficult for me; immersing myself in open-world games allows me a semblance of control,” he added.

It gives you a breather

Lyndon Magbanua, who grew up with the original NES, believes video games put things in perspective. “I play mostly RPGs and horror games. There’s something also comforting about people being in worse situations than the one I'm in,” he said in jest.

Writer Anton Delos Reyes, meanwhile, finds video games as a way to stave off boredom from being cooped up in the house day in and day out. “It allows me to focus on other matters and take my mind off of the negativity brought about by the effects of the pandemic,” he said.

It keeps the family together

It also has a collective benefit to families. “It's a family activity for me,” shared gamer dad Vn Valerio. “I play Nintendo Switch games with my son and wife — Cat Quest 2, Splatoon, Agent A, Wheel of Fortune, Mario Kart, and Super Smash Bros.”

Entrepreneur Carl Martin Belizario Jimenez could not agree more. “Playing video games has been a refuge for me and my family, especially during the pandemic, where we are mostly at home. My daughter gets to play several games to keep her occupied for over a year and keep her from feeling lonely during this pandemic,” he said.

Jimenez added that the game Animal Crossing gave his daughter a sense of community while Splatoon 2 gave her a much-needed interaction with other human players playing all over the world. It has been beneficial as well for her to get to practice her reading skills because most of the games she plays are text-heavy.

The gamer dad said he and his wife bond by playing Mobile Legends: Bang Bang, a game they played when they were dating. Then as a family, they play Just Dance on the Nintendo Switch. “It's easy enough to get into, and it helps us keep in shape, sweating the calories away. Perfect way to stay fit, without access to a gym, and it's just fun to play together with my two girls and bond with 'em in the game,” he added.

A way to stay connected

Lawyer Stacey Liong takes her time off the legal profession to socialize during the pandemic by playing Ragnarok Online Mobile. “It’s an MMORPG (Massively Multiplayer Online Role-Playing Game), which allows me to play with other southeast Asian players,” she said. Liong’s guild has members from Japan, Malaysia, Singapore, Vietnam, Philippines, Taiwan, and China. “Most of us started playing ROM because we could not go to the malls or bars during the lockdown and got bored.”

Tarot consultant Jonette Valenciano also found solace in giving virtual gifts via a video game. “Stardew Valley has been incredible soothing and healing for me and my partner through the pandemic. Both in-game and through the modding community, we can see the gift economy at work and how we can have satisfying lives away from corporations,” she shared.

A lot of gamers also enjoy streaming their games via Twitch, Facebook Gaming, and Discord. “Game livestreaming is such a good way to connect with people,” said Twitch streamer Boris Santana. “I connect with people by playing the games I love and the game my watchers can relate with. I also watch them play their games and sometimes I get to try to play it too.”

Video game enthusiast Jon Jansen Campos thus believes that internet speed is important now more than ever. “For online play, your speed should be sufficient to avoid lag. High ping rates are a no-no for multiplayer games,” he said.

Good thing that telcos are improving the games experience their subscribers nowadays - a testament to the importance of video games during these challenging times. So whether you’re a pro or a casual gamer, streamer or introvert player, you can now play your worries. IRL, we only get one life and there’s no restart button.