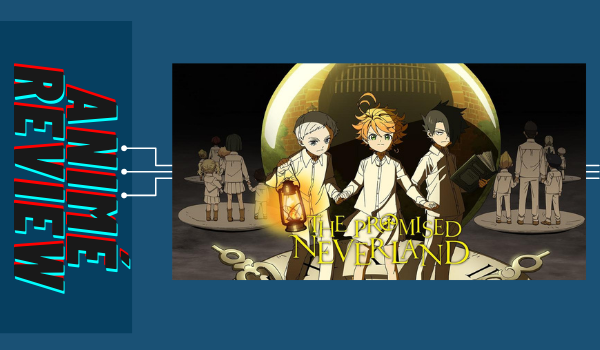 The first season of “The Promised Neverland” is a fantastic psychological thriller that follows three orphans — the athletic Emma, the intelligent Norman, and the cunning Ray — in their attempt to uncover the dark truth of the outside world they are forbidden from seeing.

The suspenseful writing is brilliant. The first half of the season might drag viewers with its slow-burn pacing but it all changes in the second half that is chock-full of tension. The story also taps other members of the huge character ensemble to shift perspectives outside of the main trio. Despite only having 12 episodes, it is able to tell a tale of survival, even including a sympathetic backstory on the apparent villain in the first season.

The compelling story also works well with the well-produced animation by the studio Cloverworks. The facial expressions seem a bit far-fetched but are necessary to highlight the innocence of the characters in the sinister world. Director Mamoru Kanbe also greenlit the use of avant-garde camera angles when stressing the most jarring scenes. The series also knows how to make the viewers feel the children’s unsettling fear with the absence of music and eerie shots of the orphanage’s kitchen and its lush surroundings.

If you are fond of intersecting genres of dark fantasy, mystery, horror, and thriller, then you will be entertained. The show’s strength lies on its message that there is still a glimmer of hope when facing insurmountable difficulties.

Adapted from the manga by writer Kaiu Shirai and artist Posuka Demizu, The Promised Neverland Season 1 is now streaming on Netflix, Funimation, and Crunchyroll.