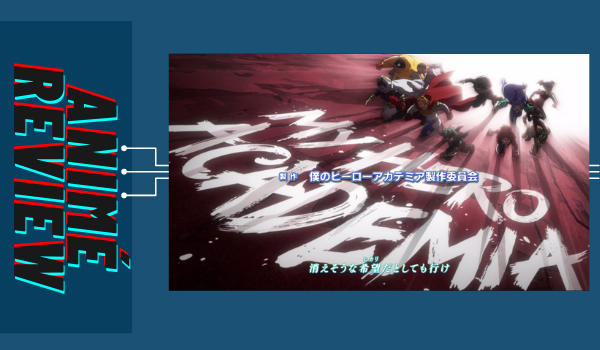 Season 4 picks up after All Might's big battle against the League of Villains where he permanently loses his super strength. For most of the season, the hero students of U.A are benched as a select few interns deal with a new syndicate led by Yakuza boss Overhaul, who has developed a way to remove a heroes’ quirk with one shot of a bullet. The Eight Precepts of Death arc is the highlight of the season, while the rest of the episodes deal with the aftermath of the country losing its symbol of hope.

What I love about Season 4 is it does not shy away from talking about death, and metaphorically through the loss of quirks — physical disability. It shows that powers are no reason to stop living whether you choose to be a teacher, a caretaker of an abused child, or an administrative staff of your “pussycat”-themed hero colleagues.

However, the series loses its steam after the spectacular episodes. The episodes around Bakugo and Todoroki’s provisional hero license test, the U.A. student fair and the latter rescue training become a filler of sorts, dragging audiences who are more interested in what is happening to the League of Villains, and new no. 1 hero, Endeavor.

Nevertheless, Season 4 has the best moments so far for this anime. It has to figure out if it is time to move away from high school and focus more on the dangers in a world without its symbol of hope, All Might.

"My Hero Academia" Season 4 is now streaming on Netflix.