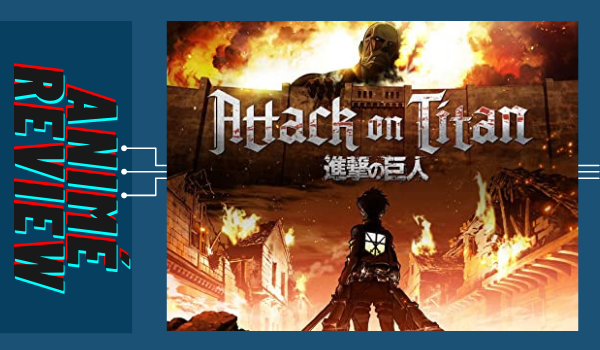 Just when we thought we’ve seen every dystopian series made, here comes Attack on Titan, giving us a fresh take on the dark fantasy, post-apocalyptic genre. Helmed by Tetsurō Araki, director of another hit animé series, "Death Note", Attack on Titan plays on real emotions of the viewers, tied to the loss of every fictional character on the show.

The writing is ruthless. Based on the manga “Shingeki no Kyojin” by Hajime Isayama, the story revolves around three friends Eren, Misaka, and Armin who decide to become soldiers after watching giants called Titans devour everyone in their village.

The first season effectively builds the intrigue, evolving from being a gore fest to a whodunit mystery. The conventional action scenes are there but what sets this animé apart is the execution. The animation is spellbinding and cinematic. The dynamic shots immerse the viewers as if they themselves are the ones being preyed on by the Titans, or conversely, flying around and striking a Titan. It looks like the animators studied how cinematography works in live-action features and then applied it to the series.

The story and pacing for the first season are tight and cohesive — you won’t realize you’ve finished 25 satisfying episodes. The build-up to the second season might make you want to watch more - but dude, don’t forget to hit the showers. The layered storytelling and world-building are fun to watch.

Having a large ensemble of characters may not be everyone’s cup of tea. Be assured though that every character who gets a line is called by their names. Even side characters are also drawn with details often seen in main characters. I surmise that these are the animé’s attempts to humanize them and show that every death on the show should not be thrown flippantly.

"Attack on Titan" Season 1 is now streaming on Netflix.