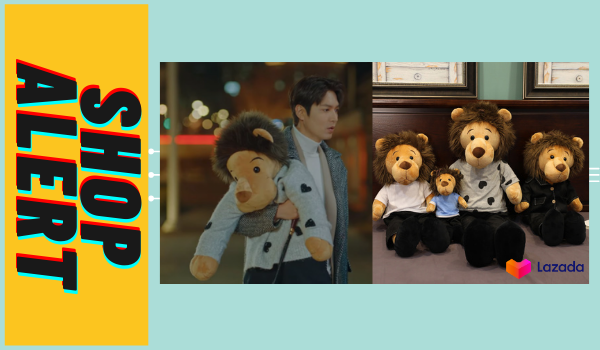 Lazada Philippines' Local Ambassador Kathryn Bernardo shared that during the lockdown, she started watching the K-Drama series Crash Landing On You, and got hooked. She ended up finding other highly recommended and popular series and watched at least four more - Descendants of the Sun, Goblin, Kingdom, and finally Legend of the Blue Sea starring Lazada’s first Regional Ambassador Lee Min Ho.

If you are a K-culture fan like Kathryn, look no further for inspirations and gifts from popular series that Lee Min Ho has starred in. You can even recreate those delicious looking Korean food that has made you salivate while binge-watching these K-Dramas. Log in to Lazada and add to cart these items so you can live out your K-Drama dreams in the comforts of your homes:
The Legend of the Blue Sea

This series centers on the love story of Shim Cheong (Jun Ji-hyun), the last mermaid on earth, and Heo Joon-jae (Lee Min Ho), a genius conman. The Legend of the Blue Sea was aired three years after “The Heirs” (2013), also starring Lee Min Ho.

A fantasy-romance drama released in 2020, depicting the story about two parallel worlds: a fictional kingdom and a modern-day Korea. Emperor Lee Gon (Lee Min Ho) crosses the border between two worlds where he was able to meet police lieutenant Jeong Tae-eul (Kim Go-eun).

Shop Lee Min Ho’s outfit for less on Lazada
Shop all these items for less by adding to cart as early as now and check out during Lazada’s Biggest One-Day Sale this coming November 11!

Also, check out Lazada’s latest TVC starring our Lazada Queen Kathryn Bernardo and our regional brand ambassador Lee Min Ho as they celebrate non-stop happiness by purchasing products they love at the lowest possible price on the Lazada app this coming 11.11.