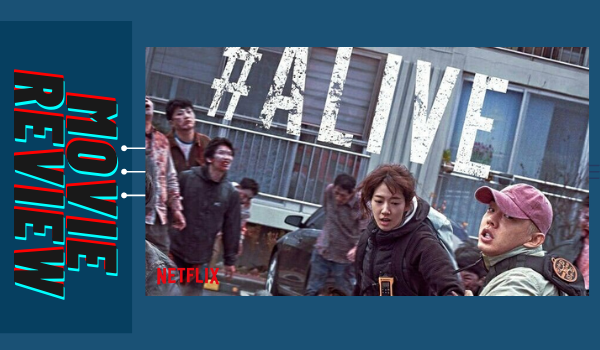 While Korean filmmakers have used the zombie genre to convey themes of politics (Netflix’s Kingdom) and class struggle (Train To Busan), Cho Il-hyung’s #Alive magnifies the new reality we all have to deal with amid the COVID-19 pandemic — isolation, loneliness, and survival.

Albeit, unintentionally. #Alive was filmed three months before the pandemic and hit Korean theaters during the health crisis in June. It is based on Matt Naylor’s screenplay for its Hollywood iteration “Alone” also set for release next month. This week, Netflix officially streams #Alive for international audiences.

The movie’s strength lies in its plot as the setup for the story becomes eerily familiar. A gamer, played by Yoo Ah-in, has to stay inside his apartment unit after the building gets infested with the undead. It is only a matter of time that he runs out of water and food, and what’s left of his sanity. As the trailer has already revealed, he finds another survivor, a wall climber played by Park Shin-hye.

If you have grown tired of relentless action and gore in zombie movies, you might enjoy #Alive’s breezy narrative. Sure, there are the conventional splatter of blood and shrieks from moving corpses, but #Alive engages the viewers with the psychological aspect of being boxed in an apartment unit.

#Alive subtly shows that humans are social animals, and the most introverted person you see can still long for company. Being alone for an extended period of time can also be a delayed death sentence. A subplot in the movie can spark conversations about mental health while we are under stay-at-home orders.

In a genre that is greatly saturated, #Alive can be critiqued for faltering on the technicals - the zombie make-up appears flaccid and a scene shot in green screen is noticeable. However, viewers can overlook these because of its fast-paced editing.

Still, there is no reason not to enjoy #Alive. The thrilling zombie movie reminds us that “we are still here”, all hoping to survive an outbreak (more accurately, a pandemic) we are almost clueless to navigate.

The reviewer received a screener from Netflix ahead of its official release. #Alive is now streaming on Netflix.