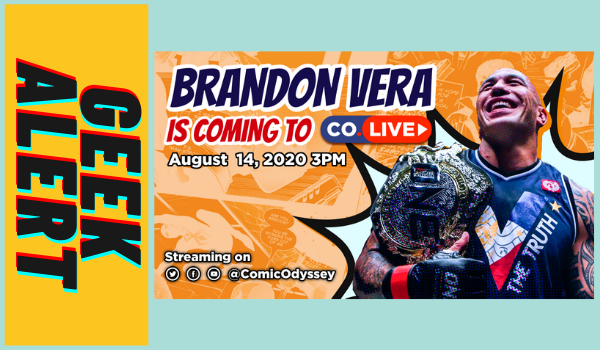 On August 10, renowned comics and collectible retailer Comic Odyssey surprised fans with a video announcing that, as part of their Grand Launch on the Shopee e-commerce platform, mixed martial arts superstar Brandon “The Truth” Vera would be guesting on their official livestream show!

Scheduled for August 14 at 3 pm (Philippine Standard Time), Vera will appear on Comic Odyssey LIVE with regular hosts Aise Solis and Paul Chuapoco in a segment highlighting collectors from all walks of life. Currently in Guam for the birth of his first child, the reigning ONE Heavyweight Champion will be joining the program via video call to discuss his passion for collecting Funko Pops, the vinyl figures that have taken the collecting world by storm.

Instantly recognizable for his high-impact style and intimidating ring presence, Vera’s hobby often surprises people outside of the collecting community. Pre-pandemic, however, it wasn’t unusual to spot Vera at collector shops (such as Comic Odyssey’s own Eastwood branch!) or toy and comic conventions.

To hype the live guest spot, Vera did a quick Q&A for the Comic Odyssey newsletter:

COMIC ODYSSEY: Congratulations on the birth of your son! How does the emotion compare to winning a championship?

VERA: It is the exact same and indescribable. Something that you have to experience and go through to understand.

VERA: “I couldn’t get in line, despite working at the event and an event the next day for Funko. I never want to ask for anything, so I went to social media. I put a feeler post out there and told someone I would buy all of their Pops if they grabbed all my Pops at the same time, no limits! (But) everyone that responded was either there for the next day or already finished in line - I was stuck! (Funko founder) Mr. Mike Becker and the dirty dozen made sure I got in line and got taken care of. Thank you, beautiful people!”

COMIC ODYSSEY: “What's the last Pop anybody would ever think you have in your collection?”

VERA: Rainbow Bright or the I Love Lucy set!

COMIC ODYSSEY: Do you see yourself sharing your collecting hobby with your son (and any other future children) when the time comes? 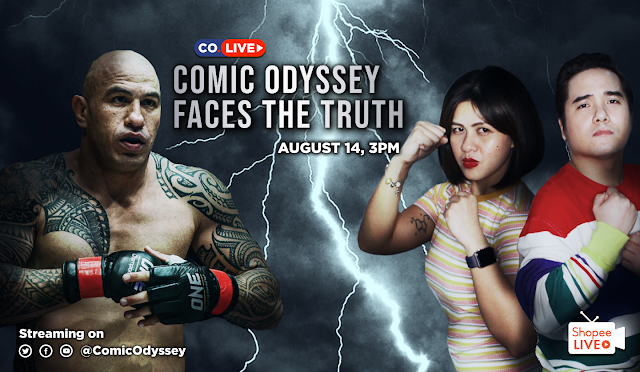