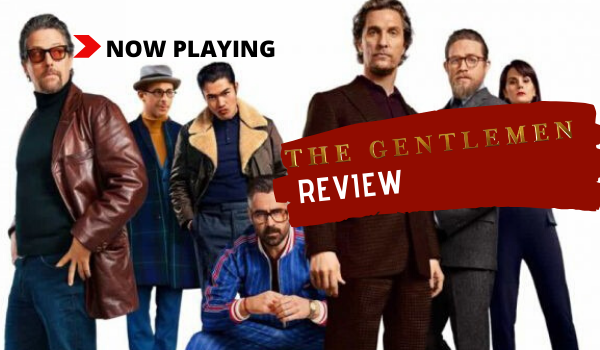 A gangster movie on acid trip - "The Gentlemen" shows how hard it is to keep a syndicate under wraps amid vloggers, smartphones and media consumerism. Yet if we point the magnifying lens closer, it may also reflect how director Guy Ritchie feels about being middle aged, who like the protagonist, Matthew McConaughey’s Mickey Pearce, is willing to let go a business empire, but not without getting the respect he deserves.

The movie analogy extends to how the weed farm mogul is being blackmailed - a script that reveals Pearce’s darkest secrets. Here, private investigator Fletcher (Hugh Grant) is likewise nostalgic of the old times, including his taste of cinema. The character is an astute example of those we find in old gangster movies - albeit an amoral muckraker. Ritchie’s film has the retro sensibility of the 90s, seemingly competing with social media-centric streets of East End.

In what supposed to be a classic silent gang war, crime bosses employ anonymous vloggers to reveal weed farm locations Pearce hid within the lands of the aristocrats. Pearce is literally fighting the young, impatient and tech-savvy millenials with both tactics and curse-filled banter. That makes the movie so engrossing to watch.

Through his characters, Ritchie seems to be ranting (ironically, a trait stereotype of millenials) about how times have changed and the certain level of distrust to leave the industry he worked for to young ones. The metaphor for the midlife crisis is glaring and entertaining.

The reviewer was invited to a private screening hosted by the film distributor Captive Cinema. “The Gentlemen” is now showing in the Philippines.
Labels: Captive Cinema Guy Ritchie