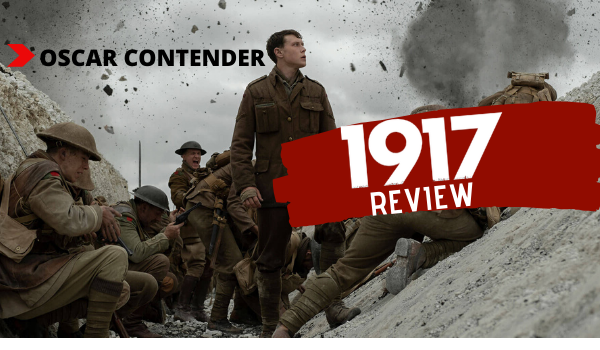 There’s a lot of ways of to make cinema immersive— you can make it 3D, as if you could physically see every scene; 4DX, so people could feel it; or you can go to a Dolby ATMOS to make sound move around the cinema.

But a few can beat the old-fashioned cinematography and editing of “1917”. Sam Mendez films his World War I epic as though it is one continuous shot, taking viewers inside the action, as twotwo young British soldiers, Blake (Dean-Charles Chapman) and Schofield (George MacKay) go on a crucial, extremely dangerous mission, deep behind enemy lines.

Of course, those familiar with filmmaking knows it was not really done in one shot. This shows how the movie effectively found a natural rhythm, discreetly transitioning from one sequence to the next, akin to how a book engrosses a reader to flip through chapters.

The big-name talents’s supporting roles, some could be considered cameos, seem to be fan service. But who’s complaining? Colin Firth, Benedict Cumberbatch, and Richard Madden are among the best action stars in British pop culture. Their appearances served as a break for the quite tiring yet thrilling trek of the two young soldiers.

Based on a story told by Sam Mendes’ grandfather, “1917” not only was laser-focused on the technicals, but also on this chapter of history. It did not delve on how the first World War started, which makes the film a good jumping point for audiences to learn more about the past, weather through books, documentaries and cinemas.

The reviewer was invited to a private screening hosted by UIP. “1917” is showing on Feb. 5 in the Philippines.