Review | ‘Richard Jewell’ and the danger of scoop mentality 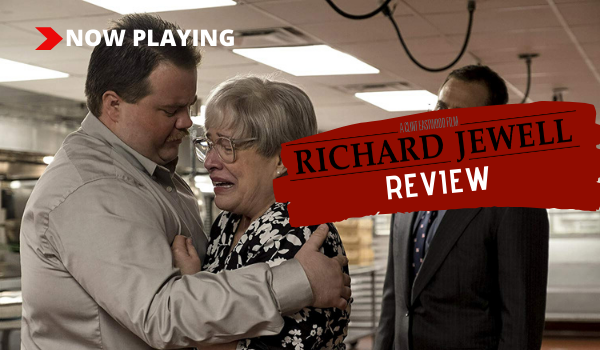 A newspaper needs to be based on public service, not profit nor bragging rights. Yet, if the events of “Richard Jewell” (Paul Walter Hauser) are to be believed, it is the desire to release a story before everyone else that twists the truth, turning a hero and his mother (Kathy Bates) into targets of public scrutiny, while leaving the true culprit running free to do more villainous acts.

Clint Eastwood’s dramatization of the 1996 Atlanta Olympics bombing shows how scoops can be bad for news, and for the public. Readers - and viewers of news programs that eventually carried Atlanta Journal-Constitution’s story - easily believed whatever came out from the reports and instantly changed their opinion about the security guard who saved lives. Even after his death, some still think he’s involved in the bombing.

Imagine, this was way before social media and the concept of fake news. Everyone was out for blood. In the film, reporter Kathy Scruggs (Olivia Wilde), arguably a fictionalized version, wrote a story based on a false tip, without verifying it with at least two sources.

Eastwood’s storytelling is easy to follow. First, he contextualized how Jewell’s flaws as an overzealous security guard were used against him. When he did get the chance to be a hero, everything went downhill from there. Actor Sam Rockwell played lawyer Watson Bryant effortlessly, who viewers would root every time he fights against a whole government willing to crucify a naive, gun-loving but wronged man.

The most powerful performance comes from Kathy Bates, who brought to life Jewell’s mother Bobbi. She is phenomenal. Don’t forget to bring tissues.

The film is a public exoneration the hero needs. Unfortunately, he died in 2007 without seeing it. Scruggs also isn’t alive to defend herself on why she kickstarted a news avalanche focusing on Jewell.  Nevertheless, “Richard Jewell” is one of those films that any media consumer and media practitioner should watch so history will not repeat itself.