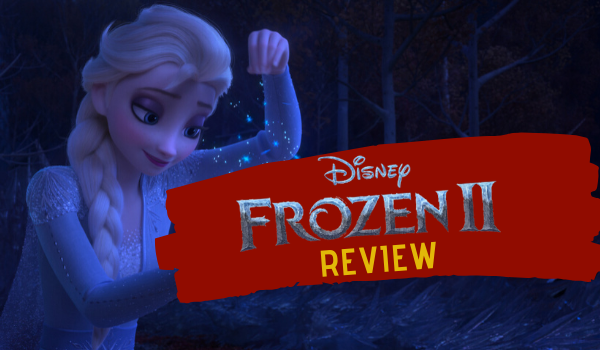 Secret Agent I takes over the blog for the advance review of Frozen II.

Damn, that was good!

When you have an award-winning film that has become so iconic for its multiple breakthroughs, your next challenge will definitely be to come up with a sequel that can at least match, if not top, your original film’s success. Although Frozen 2 has not quite captured the same magic that its predecessor had, it comes with the same spirit that evoked the first one – an all-new original story that simply yearns to be told for generations.

Picking up three years after the events of the first movie, Frozen 2 deals with an overarching theme of change as its beloved characters experience several changes in the Enchanted Forest (Yes, we are waaaay beyond Arendelle in this movie.) while coming to terms with the very idea of change.

Accepting the notion that nothing lasts forever is a lesson that even grown-ups still have a hard time dealing with and the movie craftily provides a solution through Anna – Instead of worrying about the impermanence of things, why not count the things that never change? An idea that was no later challenged as she soon had to make the toughest decisions that could mean that “everything will never be the same again”. (And though everything was not exactly the same by the end of the movie, the movie also further proves its own point that some things never change.)

The sequel to Disney’s highest-grossing animated film in 2013 continues to deliver nothing short of a spectacle. The movie and its characters have grown alongside its audience. Although it is a remarkable contrast to its predecessor, its darker, grittier, and more mature theme shows a refreshing take on what a family movie could be, beyond the common rainbows-and-butterflies fairy tale. It involved sacrifices and making the right decisions even if it meant losing the ones you hold most dearly.

When it comes to the music, composers Bobby and Kristen Anderson-Lopez continue to give us songs that are Disney classics of their own right. Although not quite as catchy and empowering as ‘Let It Go’, ‘Into the Unknown’ and ‘Show Yourself’ remain to be as magical as they can be and there’s just really no comparing between these songs. The entire soundtrack maintains to be a delightful trip through and beyond Arendelle. It is also worth noting that, at least, in this iteration, all the characters have songs of their own. (Yes, Kristoff has his own power ballad too, that is reminiscent of an 80s or 90s jam and is no longer left with just a few lines about Reindeers being better than people.)

All in all, however, most moviegoers could be left wanting for more from this movie. Six years apart from the successes of the first one, it is understandable if some expectations would be established. It lacks a true villain and although it presents scenarios that are much more dangerous than getting a frozen heart, the single greatest threat they ever really face is Elsa's journey of self-discovery.

Disney kids and Frozen franchise fans alike would already appreciate and be glad about seeing their characters come back into the silver screen. Nonetheless, this movie is satisfying and enjoyable to watch as it finally gives answers to the several questions that were left unanswered in the first movie.

Frozen 2 is coming to Philippine cinemas on November 20 and around the world by November 22. If there is one thing that it successfully carried over from the first movie, it is the fact that this is a really good eye candy of a movie thanks to Elsa’s ice powers and the magic of the elemental spirits of the Enchanted Forest. Thus, it is highly recommended to be enjoyed in IMAX 3D or 4DX.