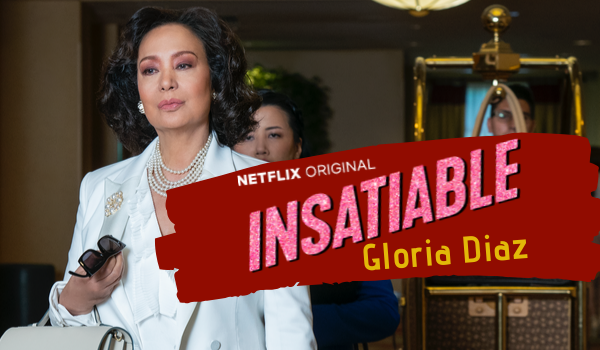 In the Netflix series about beauty pageants, the Miss Universe 1969 titleholder can be seen wearing a white outfit as she struts down in a hotel lobby.

In season two of "Insatiable" we find Patty dealing with, well, a lot. Her past is haunting her, and her struggle to be “good” is becoming harder and harder each day as she battles her inner demons. And Bob - well - he’s helping her cover up Christian’s murder, but just how far will his loyalties go? Will he continue to allow his romantic relationships, his career ambitions, and his integrity to take a beating, just to help Patty pursue her pageant dreams? And when beauty queens start going missing, who’s to blame? Patty’s rage? Or is there more at play?