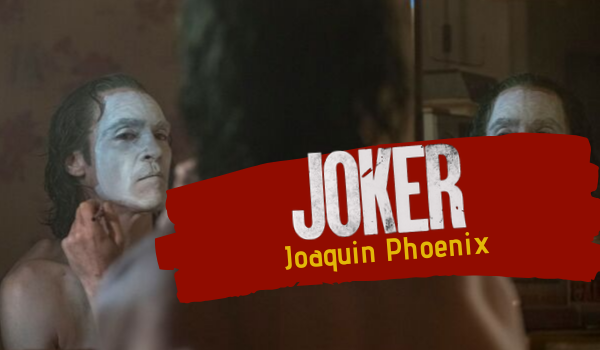 Director-writer Todd Phillips not only cast Oscar-nominated actor Joaquin Phoenix for the lead character of Arthur Fleck in Warner Bros. Pictures’ new thriller “Joker” but wrote the part with him in mind.

“Joaquin’s previous work always stuck with me, but what I really like about him is his style and his unpredictability, which we felt would very much fit into this character,” Phillips offers.  “While other people are doing math, Joaquin is playing jazz.  He’s just one of the greatest, he’s fearless; his work is brave and vulnerable, and I thought if we could get him, we could really do something special.”

Though he’d resisted any sort of genre-inspired projects in the past, the actor was intrigued when he read the script.  “I thought it was bold and complex and like nothing I’d ever read before.  Todd has a unique way of looking at things that is really perfect, I think, for this movie,” Phoenix observes.  “When I work with a director, I want somebody who has a singular take on the material, and nobody could have made this movie but Todd.”

“Joker,” the winner of this year’s Golden Lion (equivalent to Best Picture) at the Venice Film Festival, is Todd Phillips’ original vision of the infamous DC villain, an origin story infused with, but distinctly outside, the character’s more traditional mythologies.  Phillips’ exploration of Arthur Fleck is of a man struggling to find his way in Gotham’s fractured society.  Longing for any light to shine on him, he tries his hand as a stand-up comic, but finds the joke always seems to be on him.  Caught in a cyclical existence between apathy and cruelty and, ultimately, betrayal, Arthur makes one bad decision after another that brings about a chain reaction of escalating events in this gritty, allegorical character study.

Why he is the way he is will not always remain a mystery to Arthur, Phillips allows, but when we first meet him, he says, “Arthur is this guy who’s very much like, ‘I’m going to be the person you want me to be.  I’m going to be proper, I’m going to take the bus and sit here quietly and not interact,’ and so forth.”  But, like a dog that’s been kicked repeatedly by its owner, sooner or later “this time” will be the last time.  “There’s always an inner part of him that has to try to be true to himself, to who he is becoming, and over the course of the story we see it coming out, little by little.”

The truth of Arthur is complex.  He attempts to do stand-up, his dream vocation and one for which he prepares by watching other comics, hoping to catch their tone and timing and adopt it for his own.  Hoping that he, like they, will captivate an audience with witty observations and find an even larger form of acceptance in their applause.  “Unfortunately, how he sees the world and, frankly, what he thinks is funny don’t really work,” Phoenix describes.  “He doesn’t understand their kind of humor and he isn’t able to mimic it, either.”

Much of that character building came about through Phoenix’s preparations for the role, taking a cerebral preparation and turning it corporal. Phillips concludes, “All the preparation disappears into the performance.   Joaquin is so methodical about it that there’s not one moment where you see him switch from Arthur to Joker, it’s all done with a very measured pace.”