Tarantino's 'Once Upon a Time...in Hollywood' arrives in PH this August 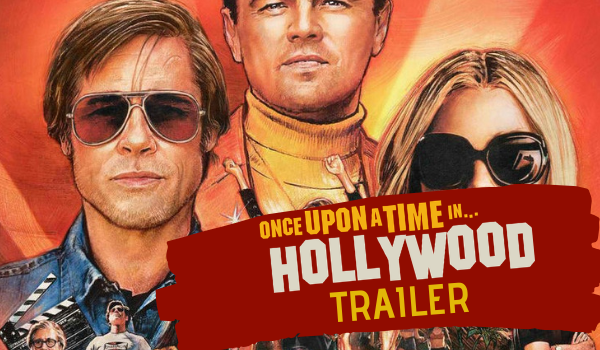 They play the heroes, but reality has caught up with them. Watch the final international trailer of Once Upon a Time…in Hollywood, the ninth film by Quentin Tarantino and starring Leonardo DiCaprio, Brad Pitt and Margot Robbie.

Once Upon a Time... in Hollywood visits 1969 Los Angeles, where everything is changing, as TV star Rick Dalton (DiCaprio) and his longtime stunt double Cliff Booth (Pitt) make their way around an industry they hardly recognize anymore.   The film features a large ensemble cast and multiple storylines in a tribute to the final moments of Hollywood’s gold

With Once Upon a Time… in Hollywood, Quentin Tarantino continues to evolve and to surprise audiences. While the movie has all of the hallmarks of a Tarantino film – a wholly original story, with fresh characters, presented with bravura technique – his ninth film also breaks new ground for the writer-director. It is a character-driven story, dealing with mature issues of unfulfilled expectations that inevitably confront us all as we age. In Hollywood, this struggle is particularly dramatic, as success and failure live side by side. In Once Upon a Time…, they do so literally as well as figuratively.   Uniting two of today’s greatest stars in a first-ever pairing and recreating an entire lost era, the film is big cinema made for the big screen. A true original in a landscape of sequels and superheroes.

Set in 1969, Tarantino recreates the time and place of his formative years, when everything – the United States, the city of Los Angeles, the Hollywood star system, even the movies themselves – was at an inflection point, and no one knew where the pieces would land.  All this is not entirely dissimilar from the changes buffeting Hollywood today.

“This is a unique film in Quentin’s body of work, and it is his most emotional,” says producer David Heyman. “In a way, he’s looking back on his influences and the movies he loved, the period he was growing up in, and what helped shape him – a love letter to a bygone Hollywood. But I found the script so moving. Yes, it was funny. Yes, it was thrilling. Still, at its heart, it’s a really tender story about a friendship.”