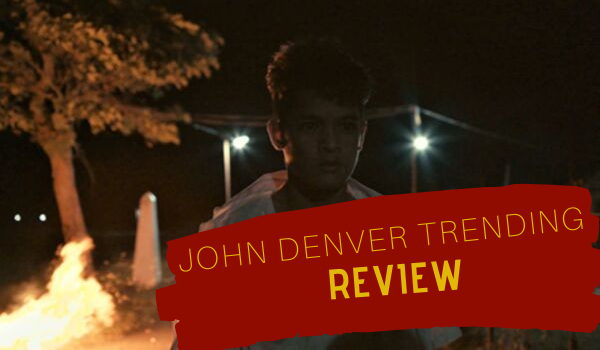 The Philippine cinema isn’t depicting characters with mental health issues and when it does, it gets it wrong. Save for Cinemalaya’s film entry, John Denver Trending, a sleeper hit that captures the subtlety of a person struggling with mental anguish, brought by a viral video that only tells half-truths.

Set in a rural town in Antique, the titular character (Jansen Magpusao) gets caught up in a case of theft and assault after a footage of him fighting back spread online. It goes downhill from there - the knee-jerk reaction to violence online, of course, is cyberbullying. The community also becomes a microcasm of the country, where the poor might as well mean being a criminal.

Director Arden Rod Condez worked on his own screenplay which previously won second place in the Dulang Pampelikula category of Carlos Palanca Memorial Awards for Literature in 2018. While riveting, John Denver Trending also has the sheen and rural panache viewers will find engrossing, showing that Condez can also be entrusted on the director’s seat. First-time actor Jansen Magpusao also delivers a raw performance that complements that of seasoned actress Meryll Soriano.

I found myself bawling as the credits rolled - knowing that the default reaction to mental health is apathy. John Denver Trending reminds us to be compassionate online and offline. Here’s hoping it will help us reexamine how we use social media.