Review | ‘Dora and the Lost City of Gold’ is surprisingly fun 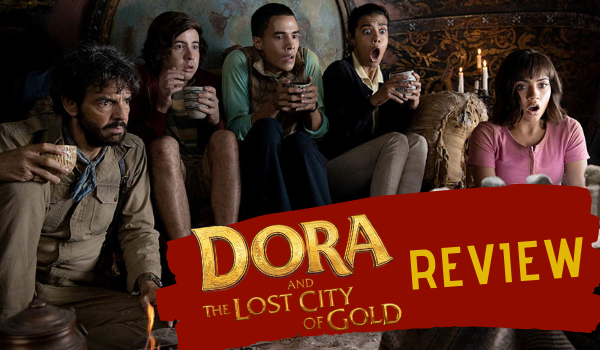 
You might think that Dora the Explorer, our favorite Spanish-speaking cartoon friend has changed in her teenage years, you’d be wrong. She still is the same girl with a can-do attitude whose quirks may not fit in the new territory she needs to explore - high school.

In the live adaptation that could also pass off as a sequel to the cartoon series, Dora and the Lost City of Gold embraces the heroine’s weirdness. Its charm is its self-deprecating humor. Lead actress Isabela Moner’s performance is endearing and delightful. It is not easy to make people laugh and find you cute at the same time but she does the job effortlessly. Also a standout is actor Nicholas Coombe as the adorable albeit stereotypical geek Randy.

The movie’s weakness - someone who did not grow up watching Dora the Explorer might not get the reference and might be lost at deciphering inside jokes. There were also parts that may be a bit dragging, but are paying homage to the well-loved Nickelodeon cartoon series. The film, though stars teens, feels like one of those made-for-TV movies intended to be aspirational for tweens ala Goosebumps or High School Musical.

The story, all in all, is cohesive and there are payoffs and twists I did not see coming. Directed by The Muppets’ James Bobin, Dora and the Lost City of Gold is worth swiping. (That’s a reference to the fox Swiper, mind you. No to piracy, of course!)

The reviewer attended the private advance screening of the movie.
"Dora and the Lost City of Gold" opens on Aug. 14 in the Philippines.