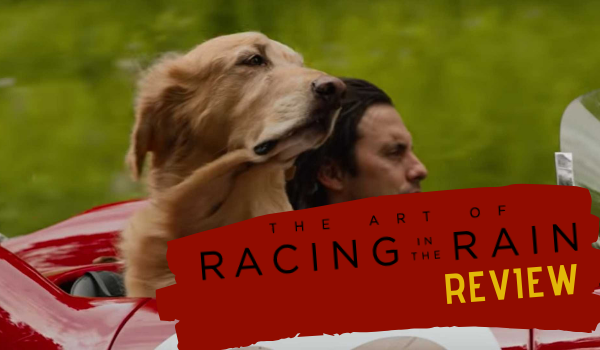 The Art of Racing in the Rain is the latest dog-centric movie to hit the cinemas, based on Garth Stein’s popular novel of the same name. The star canine is Enzo (Kevin Costner), a golden retriever who longs to be a race car driver like his owner Denny Swift (Milo Ventimiglia).

It is apparent that Simon Curtis’ film only had a few brief racing sequences, despite being the plot device and metaphor of life in the movie. Two-thirds of the film is also mostly exposition - a narrative choice from the book that don’t always translate well visually. Too much voiceover is likewise intrusive and hearing Costner’s raspy voice can be tiresome.

Costner though carries a huge part of the movie and saves it with dry humor. Don’t mistake the dog movie to be simply cute - it can be weird in some parts - there is a “zebra” demon, and a scene where characters seem to take over a Law & Order episode. Filipino viewers may find the antagonists of The Art of Racing in the Rain a bit cliché, something we may have seen in a dozen of local soap operas.

But hang in there, the last act redeems the whole movie. In the end, it is still a sentimental movie about life and death. At the film’s private screening, I found myself surrounded by weeping reviewers. Pack plenty of tissue if you are not a robot.

The reviewer was invited to a private screening of the movie. The Art of Racing in the Rain is now showing in the Philippines.