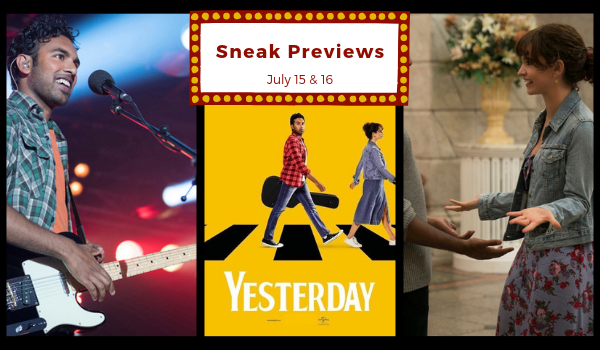 Be among the first to watch Universal Pictures’ "Yesterday" as it holds special, whole-day sneak previews on July 15 - 16 in selected cinemas nationwide.

The sneaks are designed to give Beatles fans and romantic-comedy squads an early treat ahead of its wide release on July 24.

Called by critics as the “feel-fantastic movie of the year,” the story revolves around Jack Malik (Himesh Patel), a struggling singer-songwriter in a tiny English seaside town whose dreams of fame are rapidly fading, despite the fierce devotion and support of his childhood best friend, Ellie (Lily James). Then, after a freak bus accident during a mysterious global blackout, Jack wakes up to discover that The Beatles have never existed … and he finds himself with a very complicated problem, indeed.

Tickets to the sneaks will be at regular admission prices.  Moviegoers are advised to check the social pages of their favorite cinemas for the screening schedule.