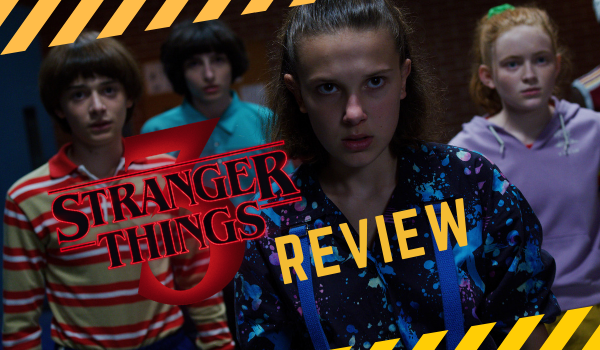 They say, stop wasting time watching TV. But spending eight hours of your life binging the third season of "Stranger Things" is a worthwhile use of your existence. Having watched the two previous installments, I could say that this is the best season so far, the series’ scariest, funniest and most devastating. The third one is cohesive and engaging enough to consider it a movie that runs for about eight hours.

The setting was my birth year. Looking at the production design from the sets, the fashion, product placements, comics references to the iconic songs, 80s was a fun era to live in.

The third season was designed to move away from preteen angst in Season 1 - though it was still represented by Lucas’ 10-year old scene-stealing sister Erica - to the pains of growing up. Some had to deal with sexism in the workplace. Others, the reality that they’re no longer kids and had to deal with their gender identities.

It also successfully redeemed the forgettable bully of Season 2 - Billy (Dacre Montgomery) into a sympathetic character, and a terrifying villain - who could do a creepy monologue while tearing up? The Red Ranger can act.

Another seemingly useless addition from Season 2, Max (Sadie Sink) finally found a sisterly bond with the psi Eleven (Millie Bobby Brown). Season 3 never ran of endearing characters - the Woody Woodpecker-loving Russian scientist Alexei (Alec Utgoff) and a surprise character in the finalé that gave me pure delight amid the horror that was going on.

This is definitely much better than Season 2 in all aspects. Previous seasons have always relied on Eleven saving the day, but this time the whole gang including the fantastic Scoop Troop (i.e. the fascinating new character Robin played by Maya Hawke) pieced together the mystery surrounding the falling magnets, secret Russian transmissions and the missing lifeguard. It was an awesome superhero team-up and not just an Eleven show.

Apart from the meticulous color grading, the CGI of the physical embodiment of the Mind Flayer is terrifyingly commendable in every crisp detail. A younger version of me would get nightmares had the show been done when I was a kid.

Hats off to Netflix, the cast and the Duffer Brothers! I can't wait for Season 4.