Grief as a supervillain | 'Spider-Man: Far From Home' review 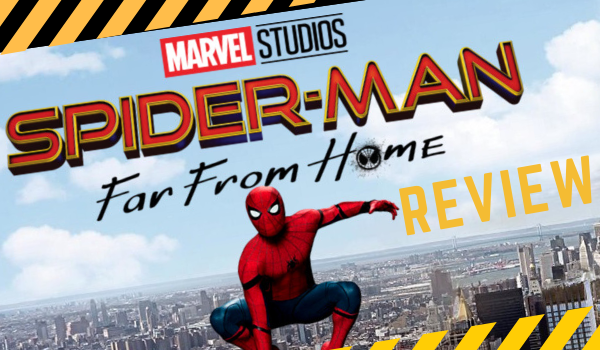 “Spider-Man: Far From Home” serves as a bookend to the Infinity Saga but do not expect it to be morose following the fatal sacrifice of his mentor, Tony Stark aka Iron Man in “Avengers: Endgame”. Characters seem to be taking grief positively (or so it seems) and their reappearance in the so-called “Blip” event. The post-Endgame movie, ironically co-produced by another film company, carries the creative burden to move the larger Marvel Cinematic Universe to the next phase.

The second Tom Holland starrer as the neighborhood wallcrawler is also a breath of fresh air. Peter’s classmates are endearing that we often forget there is an Avengers-level threat happening outside their window. MJ (Zendaya), Peter’s love interest finally gets enough scenes to be interesting. Their blossoming romance is uber cute.

Yet there is still a level of sadness felt throughout the movie. Peter wants to go back being a normal kid yet he still has to process losing a father figure and all of the unnecessary expectations in filling the shoes of Stark. Teenagers who have to “grow up” to shoulder responsibilities at home could easily relate to Peter.

Enter Mysterio (Jake Gyllenhaal), a character that longtime Spider-Man fans are familiar with that the twist regarding his identity and powers would not be a surprise to a Marvel zombie. Yey, the character Quentin Beck is the perfect choice push Peter’s story forward, spectacularly with amazing visuals.

There is also a commonality of motives Mysterio shares with “Spider-Man: Homecoming” villain Vulture (Michael Keaton), apart from both roles being portrayed by award-winning actors. I hope the next Spider-Man films would get its own villains they can organically call their own. Peter deserves his own rogues’ gallery.

All in all, “Spider-Man: Far From Home” is an entertaining epilogue to the first 10 years of the Marvel Cinematic Universe, a fantastic tribute to previous beloved Spider-Man movies, and a classic superhero story with lots of heart and action.