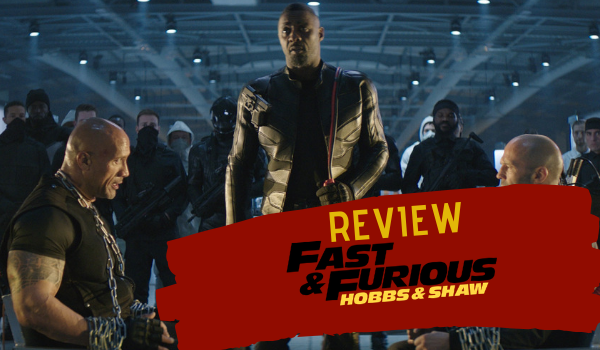 Oops, Toretto, you’re not even in this movie.

But even without Vin Diesel’s commanding presence as Dom, the other hulking alpha of the Fast and the Furious franchise - Dwayne Johnson’s Luke Hobbs can carry his own movie, albeit shared with the another heavy hitter - Jason Statham’s Deckard Shaw.

I had low expectations for the first spin-off. But man, I was so impressed, even after watching three hilarious credits scenes. Sure, no one’s addressing the white elephant in the room and talking ‘Justice for Han’ - Toretto’s friend who Shaw killed for putting his villainous brother Owen into coma. Yet Hobbs & Shaw is satisfying to watch, highlighting the extreme differences between the lawman Luke and the lawless outcast Deckard.

While the two titular characters may hint that it is a cop buddy movie, it is more than what it seems. If you zero in Hattie Shaw (Vanessa Kirby)’s journey as a rogue MI6 agent and the literal angelic version of her brother, Deckard, the movie is her survival story.  Idris Alba’s character, cyber-genetically enhanced anarchist Brixton Lore, meanwhile tells of a revenge story.

The shift of turning street-level heroes against a larger-than-life antagonist may also reflect the change in people’s interest in action movies - we’re all about superheroes now. Depends on your interests, this may disappoint you if your taste is limited to watching ghetto car races.

There is also relatively surprise supporting character that was not fully publicized by the studio who adds humor and charisma to the movie, which is already comedy gold on its own.

All in all, Hobbs & Shaw is a dazzling action spectacular, less dramatic than the Toretto-led films but more fun to watch. Just don’t tell the ghost of Han.