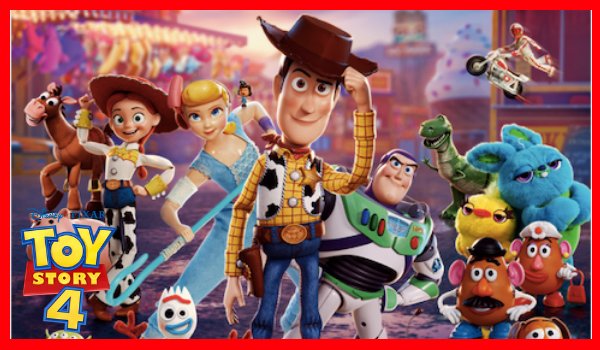 It was nine years ago when fans around the world thought that the story of their beloved toy characters has come to an end in Toy Story 3. Hearts were crushed and tears were shed when Andy packed his most loved cowboy sheriff, Woody, and Space Ranger, Buzz Lightyear, along with the gang to live with their new owner, Bonnie.

But what seemed to be an ending was only a beginning of another chapter in the lives of everyone’s favorite group of toys. This June, the Toy Story continues as Woody, Buzz and the rest of the gang embark on a trip to unexpected places - reuniting with old buddies, discovering new companions, and learning what life means for a toy in Disney Pixar’s Toy Story 4.

The much-anticipated animated feature is directed by American animator and director Josh Cooley (Riley’s First Date). He is joined by film producers Mark Nielsen and Jonas Rivera, who both worked in 2015’s Inside Out, in expanding the story that many fans have come to love and related with for years.

Cooley shares, “People love them (the characters) - they are like our old friends. No matter how old we are, there’s the sense that we’ve all grown up with Woody and Buzz. It’s more than just a movie. These characters have been cemented in the fabric of people’s childhoods and their families.”

In this new addition to the Toy Story franchise, young Bonnie literally makes a new playmate Forky, a spork-turned-craft-project who tries to run away and deny that he is a toy. Nielsen expounds, “Forky is like a newborn. He doesn’t know anything about life, why he’s alive or what a toy even is. He makes Woody vocalize what it means to be a toy.”

Long-missed character Bo Peep also returns to unite with Woody as he goes on a journey that will change his life. The once prim and proper porcelain doll has become chipped and discarded yet full of adventurous spirit who will give hope and teach the old deputy sheriff about the world outside of a child’s playroom.


This June, the Toy Story continues as Woody, Buzz and the rest of the gang embark on a trip to unexpected places - reuniting with old buddies, discovering new companions, and learning what life means for a toy in Disney Pixar’s Toy Story 4. #ToyStory4PH pic.twitter.com/LpIMbIJUVt
— Jerald Uy 🏳️‍🌈 (@jeralduy) June 22, 2019

As the voice of Woody for 24 years, Hanks is as ecstatic and grateful as the filmmakers are on the popularity of Toy Story across generations. He says, “The Toy Story films accomplish what timeless classics aim for. They are full of innocent characters who face an endless trail of adventures and make us wonder who we would be if we were toys.”

Joining him in the voice cast are Tony Hale as Forky, Christina Hendricks as Gabby Gabby, Keanu Reeves as Duke Caboom, Ally Maki as Giggle McDimples, Keegan-Michael Key and Jordan Peele as Ducky and Bunny.

Directed by Josh Cooley (Riley’s First Date?), and produced by Mark Nielsen (associate producer Inside Out) and Jonas Rivera (Inside Out, Up) Disney and Pixar’s Toy Story 4 ventures to Philippine theaters on June 20, 2019. Join the conversations online at #ToyStory4PH. (PR/with minor edits)