‘Annabelle Comes Home’: Well-crafted scares at the expense of The Conjuring Universe’s authenticity 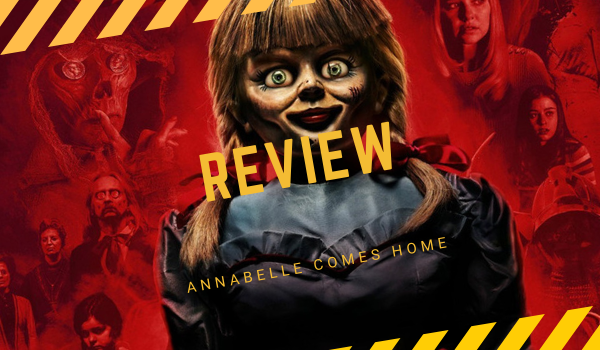 At the get-go, “Annabelle Comes Home” is more plot-driven, focusing on a scenario when the Annabelle doll acts as a beacon for the other evils found in the Warrens’ storage of cursed items and souvenirs from their paranormal investigations. It removes the experienced demonologists out of the picture, leaving their psychic daughter, her babysitter, her bully’s grieving and incautious sister, and the boy-next-door deal with a spine-tingling array of ghouls and demons.

Watching the third Annabelle movie and the latest film in the Conjuring Universe feels familiar. Producer James Wan described it to be their take at  the comedy fantasy film “A Night at the Museum” but to me, it appears as an elevated version of the recent “Goosebumps” movies, where a diverse set of creepy creatures also run amuck and have to be stopped by a bunch of teenagers.

It still delivers the scares, albeit systematically. There is a feeling of it being artificial and after reading an interview with director and screenwriter Gary Dauberman, saying that he just added a haunted typewriter and a television for aesthetics, it is not hard to surmise that it certainly misses what made The Conjuring line of movies different from other horror films. Like “The Nun”, it is a franchise stuffer that lacks the authenticity of the original Conjuring films that are loosely based on real-life paranormal events.

Despite this, “Annabelle Comes Home” is still an enjoyable popcorn movie for those part of the minority that has had enough of the Warren couple taking most of the screen time. But to fans of the dynamic duo of demonologists, it is a filler as we wait for the release of “The Conjuring 3” next year.


An early screening was provided by the studio to this reviewer. “Annabelle Comes Home” is now showing in the Philippines.
Labels: Annabelle 2 Annabelle Creation horror James Wan movie reviews pop review The Conjuring