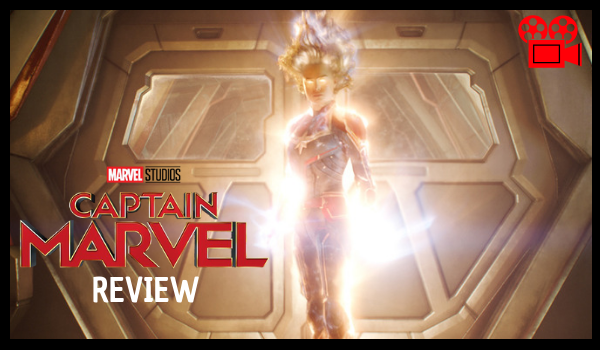 Spoiler Warning: This review contains plot elements from the movie currently being shown in the cinemas.

Even for a Marvel stalwart, it may be hard to define Carol Danvers in a few sentences.

In the comics, I first met her as an alcoholic in the late 90s.

Going by as Warbird, she was struggling from the loss of the emotions associated with her memories stolen by future X-Men brawler Rogue; and her waning Binary powers that could rival Thor's. She left the Avengers before being kicked out. She was a mess and in one instance, almost downed a civilian plane. She got sober, thanks to fellow recovering alcoholic Tony Stark aka Iron Man.

What I loved about the character in the comics was she kept on making herself better. Rising above her mistakes and leading the Mighty Avengers as Ms. Marvel, and eventually taking the mantle of Captain Marvel, who has led the interdimensional all-female team AForce, space team Alpha Flight and the powerhouse team Ultimates.

Given her convoluted history from being a side character to a powerhouse superheroine, Marvel Studios decided to not focus too much on her flaws and skipped character development. It also did not help that most of her backstory are revealed in fragmented memories, flashbacks and conversations with her friend. If she was a “pain in the ass” of her best friend, viewers would want to see it, and not just hear it.

Actress Brie Larson also has to play three parallel characters - Carol, the Pegasus test pilot; Vers, the Starforce member, and Captain Marvel, though not being formally called as such, her superhero persona. The subplot on her missing memories may be a nod to what happened to her in the comics. Comics fans may also find it interesting that the other woman who was Captain Marvel and one-time leader of the Avengers - Monica Rambeau - is still a charming kid in the movie.

Save for the early sparring match between Vers and Yon-Rogg (Jude Law), the other fighting scenes depended on jumpcuts that it is hard to see (and believe) the characters are throwing punches.

The nostalgic elements of 90s worked out well as a running gag. The humor is spot-on, and there is a surprising chemistry between Larson and Nick Fury's Samuel Jackson.

The best thing about Captain Marvel is its juicy plot twist, which becomes somewhat a poignant reflection of present-day refugee crisis. It also successfully retrofits Captain Marvel in the history of Marvel Cinematic Universe, and gears her up with a believable motivation for Avengers: Endgame.

Carol Danvers’ story is only beginning and I am excited to see her move higher, further, faster in the upcoming movies.