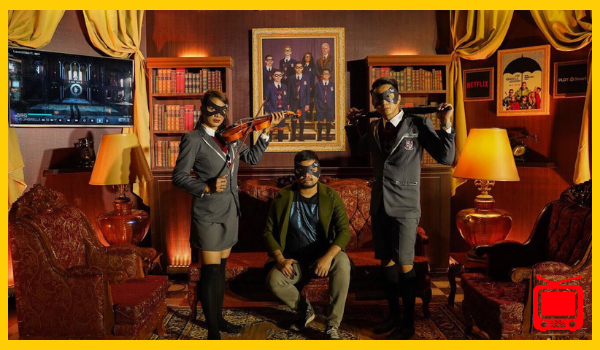 Netflix celebrated the launch of its brand-new Original Series, The Umbrella Academy with an immersive super room experience that allowed fans to live like the show’s seven superhero siblings.

Powered by PLDT, Smart and LG, the Seven Super Rooms experience housed seven unique rooms, each themed after the lead characters from The Umbrella Academy, and featured fun and interactive elements from the show.

Just as the heroes of The Umbrella Academy need to work together to save the world, Netflix also gathered popular Pinoy personalities, including Eric Tai, Andre Paras, Sanya Lopez, Benj Alves, Brent Manalo, Santino Rosales, and Aryanna Epperson to solve the challenges in their assigned theme room. Fans and other guests supported these personalities via Instagram Live in real time. Other popular personalities like Erwan Heussaff, Chris Cantada, Richard Juan and Vince Velasco also joined the celebrations.

But the fun doesn’t stop there! Fans can join in on the heroic excitement to save the world, take fun photos, and share their #TheUmbrellaAcademy experience with their barkadas.

Shooting Gallery Studios, Red Studio (3317 Zapote, Makati City) on Saturday, February 16, from 10 am to 6 pm. Take it one step further, and come in a costume!

It’s all about teamwork! Each of the seven Super Rooms are themed after the superhero siblings from The Umbrella Academy, which is now streaming on Netflix. Take a look at the rooms and the launch party below:

On the same day in 1989, forty-three infants are inexplicably born to random, unconnected women who showed no signs of pregnancy the day before. Seven are adopted by a billionaire who creates The Umbrella Academy and prepares his “children” to save the world. Now, the six surviving members reunite upon the news of their father’s passing and must work together to solve a mystery surrounding his death. But the estranged family begins to come apart due to their divergent personalities and abilities, not to mention the imminent threat of a global apocalypse.

The Umbrella Academy is based on the comic book series created and written by Gerard Way, illustrated by Gabriel Bá, and published by Dark Horse Comics. The show is produced by Universal Cable Productions for Netflix, with Steve Blackman serving as executive producer and showrunner, and additional EPs Jeff F. King, Mike Richardson, Keith Goldberg, Gerard Way, and Gabriel Bá.