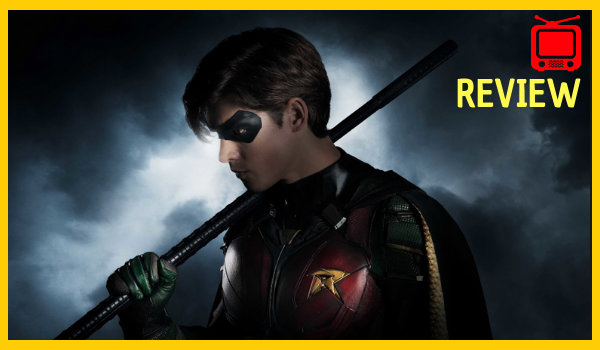 Titans deconstructs the concept of sidekicks, and presents them as young heroes vulnerable to trauma - both physical and mental - the same way soldiers and cops do in real life. While its animated versions have been goofy, the team adapted from the popular DC comics that rivaled Marvel’s X-Men in the 80s, is more extreme and darker than its comics counterparts. Here, we get a Robin who’s willing to blind thugs and cut ties with his infamous mentor; and a Starfire who does not hesitate to burn men. The kindest person in the show is ironically the demon’s daughter Raven, who drives the plot in the series.

The first season is not dragging and viewers will be satisfied with the twists and guest stars ranging from the Beast Boy’s former team Doom Patrol and Donna Troy, Wonder Girl herself. Their low-budget version of the Nuclear Family is scary, and probably a better version of DC’s evil Fantastic Four. Non-superpowered vigilantés like Hawk and Dove can die or get brutally injured here, but get a full episode to shine and explain why they went great lengths to put justice on their own hands.

The pre-Nightwing Dick Grayson and his successor, new Robin Jason Todd are two sides of the same coin. Both are hyperviolent yet the story is a bit biased to present Dick as a better hero than Jason, who projects anger towards law enforcers. Dick reprimanding the future Red Hood reeks of hypocrisy.

I was a bit uncomfortable with a suit actor playing Batman at first, but the creative decision worked out so we could focus on the lead characters. It’s the Titans’ show anyway.

All in all, the first season of Titans has solid storytelling. The Terror of Trigon storyline has been done to death yet the series has put a fresh twist on it, focusing more on its psychological aspect than the hellfire slugfest we have seen in its previous adaptations.