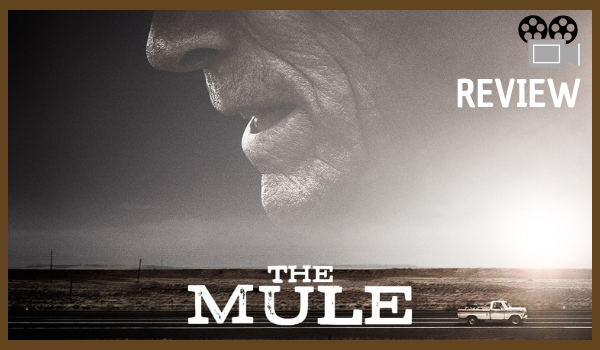 Old grumpy men are not my favorite people — especially those who tend to be not politically correct. They represent a backward generation of racists and homophobics who has not accepted that the world is starting to change for the better. Given their senior status, they enjoy a certain amount of immunity from being punched for their bigotry.

Clint Eastwood’s titular character in his self-directed film The Mule enjoys the same pass on being a terrible person. Earl, a war veteran chose being a well-loved horticulturist over spending time with his family. Now down on his luck and pushing 90, he finds himself taking a job of a drug trafficker. On the road, he still calls a black family “negroes”, Mexican men “beaners” or a lesbian group of bikers “dykes” - to be fair, the lesbians referred to themselves as “dykes on bikes”. A troubling scene was also played for laughs when government agents pulled over a wrongly accused Hispanic man who throws statistics that his life is endangered after being racially profiled as a drug runner.

But the joke’s on Earl. Time is not on his side and he knows it. In the third act of the film, he finally decides to drop everything for his family, throwing off both government agents and the drug cartel.

The movie also comes with an unnecessary shots of asses grinding to music. If its intention was to make the viewers leer, it was not effective. Perhaps it also reflects an outdated style in filmmaking, by adding a montage of supposed titillating images?

Despite the misfires, The Mule is a tender story about a person who refuses to retire in doing what he loves at the cost of hurting the people he was supposed to nurture and love. It is not hard to see that this is Eastwoods’ list of musings as an old man who has lived for self-glory for a long time.

An access to an early screening was provided to the reviewer by the studio. The Mule opens on Jan. 30 in the Philippines.