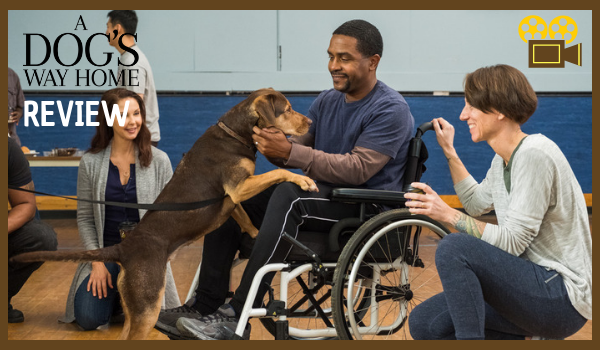 I thought it was going to be silly. But A Dog’s Way Home has become one of my favorite movies this year.

Based on a novel, the movie centers on Bella, who took on a two-year trip to reunite with his human, Lucas after being separated because of unfair regulations in their city.

While it is a movie starred by a dog, it does not shy away from serious topics like depression, war, unconventional families, alcoholism and death. It is one of the children’s movies that have grown up in terms of themes to make them understand and sympathize with people living with these conditions.

There is an encompassing message that we are all creatures wanting to have a sense of belonging. A Dog’s Way Home reminds me of the tragic novel "A Dog of Flanders” which gained popularity as an animé here in the Philippines. The movie likewise shows untimely separations with the protagonist’s family and animal friends - which is a fact-of-life. Nothing will make you contemplate your future faster than knowing you might lose someone or never see a friend again.

A trek to pull heartstrings, A Dog's Way Home is not afraid to be dark and morbid to tell a honest story about life.

An access to an early screening was provided to the reviewer. A Dog’s Way Home opens on Feb. 6 in Philippine cinemas.