Jake Johnson: A seasoned, relatable Peter Parker in 'Spider-Man: Into the Spider-Verse' 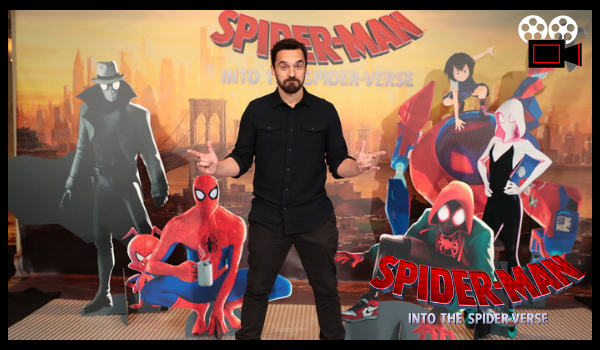 Actor Jake Johnson (New Girl, BoJack Horseman) lends his vocal talents to the role of Peter Parker in Columbia Pictures’ Spider-Man: Into the Spider-Verse. But though this version may look like Peter, he is older and the years of superhero life have taken a toll on his body. His experiences have left him world-weary and cynical. Peter never wanted to be a mentor, but training Miles Morales (Shameik Moore) to be Spider-Man helps him to regain his original enthusiasm for that identity and reclaim the spirit of selflessness for which Spider-Man stands.

“I am a big fan of Peter Parker and love the Spider-Man world, but I thought this movie had a very original take on the superhero universe,” says Johnson. “Peter is now a 40-year-old guy who has had to watch his life fall on the wayside because he’s Spider-Man. The Peter Parker I play wears the familiar red and blue costume of the classic Spider-Man we all know and love. However, this Peter Parker is a bit older, more weary and full-bodied version of the character…He’s definitely a strong hero but his many years of saving the world have had an impact on him. You might say that the Spider-Verse Peter Parker is a more seasoned and relatable version of Spider-Man.”

Johnson mentions that one of the project’s biggest draws for him was working with Phil Lord and Chris Miller, who produced the film. “They are two of the most talented filmmakers working in the field right now. They are so innovative and smart, and when they tackle something like Spider-Man, you know they’re going to get it right. This is a property that fans really love, so you want to make sure it’s in the hands of people who also love and care about it as much as the fans do.”

Phil Lord and Christopher Miller, the creative minds behind The Lego Movie and 21 Jump Street, bring their unique talents to a fresh vision of a different Spider-Man Universe, with a groundbreaking visual style that’s the first of its kind. Spider-Man: Into the Spider-Verse introduces Brooklyn teen Miles Morales (Shameik Moore), and the limitless possibilities of the Spider-Verse, where more than one can wear the mask. Directed by Bob Persichetti, Peter Ramsey, and Rodney Rothman, the screenplay is by Phil Lord. The film is produced, in association with Marvel, by Avi Arad, Amy Pascal, Phil Lord, Christopher Miller, and Christina Steinberg.

Check out the spot of Spider-Man: Into the Spider-Verse and watch the film in Philippine cinemas now.