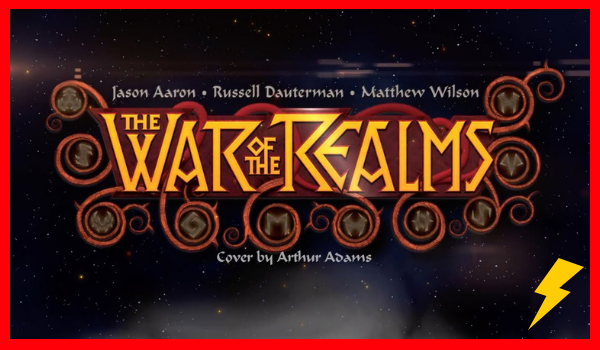 The War of the Realms has made Earth its battlefield!

This April, one of the largest conflicts to engulf the Marvel Universe erupts in The War of the Realms – a new, epic crossover event from the award-winning creative team of Jason Aaron, Russell Dauterman and Matthew Wilson with covers by the legendary Arthur Adams! Marvel’s 2019 war-to-end-all wars must enlist every great Marvel hero to save Earth…and beyond!

Marvel is proud to present THE WAR OF THE REALMS TEASER TRAILER, featuring Jason Aaron and editor Wil Moss, complete with the first look at issue #1’s cover from Arthur Adams!